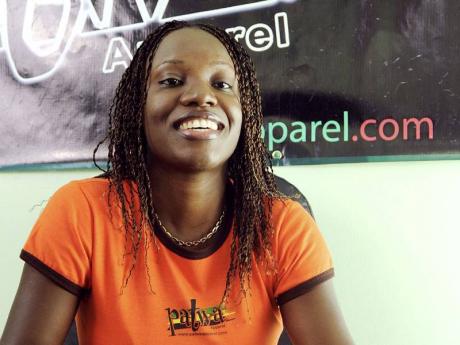 Heneka Watkis-Porter is determined to make an impression on the world stage with Patwa Apparel and so when the opportunity to attend the recent Women Vendors and Exhibition Forum in Chongqing, China, presented itself, she jumped at it. JAMPRO sent an expression of interest to its client in August of this year soliciting applications for the forum; Watkis-Porter applied to the International Trade Centre (ITC) and subsequently received an acceptance letter a few days later. The ITC is a joint initiative of the World Trade Centre and the United Nations.

This initiative is called the Global Platform for Action on Sourcing from Women Vendors. It aims to increase the share of corporate, government and institutional procurement secured by women vendors for the ultimate purpose of bringing greater economic benefit to women and their communities.

The initiative is led by the ITC with the support of WEConnect International, a non-profit trade support organisation, and a global network of leading organisations and individuals committed to women's economic empowerment.

Jamaica's Senator Marlene Malahoo Forte, minister of state - foreign affairs and Trade was moderator and one of the presenters.

In attendance were over 200 delegates from around the world with major corporations such as Walmart, Cummins, IBM, Marriott, etc speaking on their buyer diversity programmes. Sessions on market analysis, case studies in buying from women were particularly useful to the development and growth of Patwa Apparel.

This forum was particularly important to Patwa as it served as a platform to meet with buyers, without which this would have been difficult under normal circumstances. It also provided a great networking opportunity as Watkis-Porter met with a number of business women from across the globe, such as India, Indonesia, Phillipines, Uganda, South Africa, Ethiopia, Mongolia, Australia, to name a few.

Also noteworthy is the fact that Watkis-Porter met with Carol Hanlon, founder and CEO of TCF, a global network of designers around the world. Hanlon recently ran the fashion incubator conference. Watkis-Porter will now investigate the opportunity of adapting our fashion cluster to operate as an incubator.

Watkis-Porter also attended Colombia's premier fashion event - Colombiamoda - in July. There she observed South America's hottest fashions, which provided inspiration and insight into the fashion sense of another region.

As for other developments of Patwa Apparel, the business is now a limited liability company with a very vibrant board of directors. Plans are in high gear as the company looks forward to 2012; this is the year when everything Jamaican will be a hot commodity, and the company is very much aware of that.