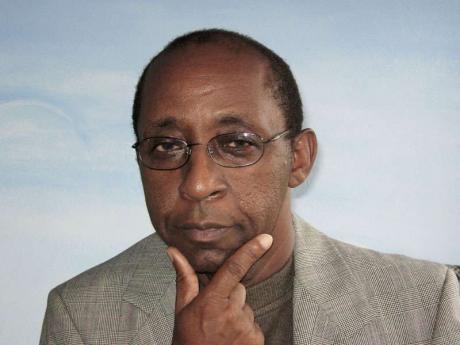 Few topics evoke as much passion as religion, which suits a self-described argumentative like Timothy Aldred just fine. His indifference to the tenets of traditional Christianity inspired him to write Bamboozled! Besieged by Lies, Man Never a Sinner, his third book.

In it, the St Catherine-born Aldred tears into time-honoured Biblical tales such as the creation of man. During a recent interview with Arts and Education from his home in Fort Lauderdale, Florida, he described the Bible as a book of contradictory fables.

Now in his sixties, Aldred says it was not until he reached his fifties that he questioned aspects of organised religion.

"Once I started to read world history, my eyes opened to certain things, and that prompted me to question some of the stories written in the Bible," he said.

"I found out that literal history tells the truth about the world, and the Genesis creation story lies about almost everything pertaining to human biology."

Aldred spends much of 'Bamboozled' dissecting the story of Adam and Eve, the ill-fated Old Testament couple the Bible cites as the first human beings.

Their disobedience to God in the garden of Eden set the tone for man's sins, but for Aldred, Adam and Eve represent just one of many simplistic stories in a book Christians continue to cast as the ultimate guide to a virtuous life.

"It is crucial that we dismantle the amalgamation of the Bible, by extracting the book of Genesis, Epistles of St Paul and the book of Revelations," he said. "Some of the other books are useful, as they contain universally applicable teachings for a well-balanced and upstanding life."

Aldred was raised as one of 10 children in a Christian home in the Top Mountain region of St Catherine. He recalls a traditional religious upbringing - regular church attendance and reading the Bible.

As he grew older, Aldred's reading went beyond the Bible. In the last 10 years, he has not only questioned some teachings in the 'good book', but the sincerity of some of Christianity's most revered exponents.

For all his criticisms of the Bible and christianity, Aldred insists he is not an atheist. He adds, however, that 'Bamboozled' has not gone down well with his relatives who are devout Christians.

"I have a brother in England who is a Christian minister, and although he is unable to rebut any portion of the book, it doesn't bode well with him," he said. "Most of my other siblings struggle to cope with the level of decipherment these ideas require."

Aldred has lived in the United States for more than 30 years, working as a chauffeur. His other books are Why They Gagged My Daughter: What Big Publishers Don't Want You To Know, and Sexuality: Creation Of a Blemished Society