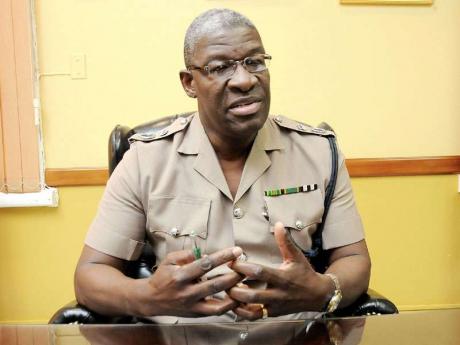 In a bid to prevent unauthorised members of the Jamaica Constabulary Force (JCF) from carrying service revolvers, the Police High Command is to implement a new system called the Firearm Authorisation and Identification System (FAIS).

The new system of checks and balances is also designed to impede armed criminals from taking advantage of cracks in the current system that quite often allows a person to get by with a gun if he or she presents a police identification card.

In Force Orders issued on Friday, Commissioner of Police Owen Ellington noted that the "system that allows for the proper accountability of firearms issued to police personnel as keep and care needs revamping".

Said the commissioner: "There are numerous instances where persons who are stopped by the police declare themselves to be police officers. Sometimes these persons produce police identification; however, there is nothing provided for them to verify that they are authorised to carry the firearm."

Ellington reminded his charges that only a certain category of officers within the JCF are given service firearms to keep and care. He argued that the absence of a proper system to quickly verify whether a member is authorised to be in possession of a service firearm presents a risk, especially to officers performing duties in civilian attire.

"A policeman's uniform forms part of his identification. It tells the organisation the person is employed with (Jamaica Constabulary Force or Island Special Constabulary Force); the level within the organisation the person is at; and sometimes gives an idea of the person's length of service from the insignia worn. This, therefore, plays a very important role in augmenting the identification card," explained Ellington.

He added: "This additional form of identification is not extended to persons performing duties in civilian attire because of the need for them to be less overt and less visible than uniformed police personnel. In light of this, without an established system to quickly verify that a person is authorised to carry a firearm, armed criminals may get by police roadblocks and spot checks with illegal weapons by claiming to be police personnel if they are able to produce a police identification card."

According to Ellington, when an armed person in civilian clothing is stopped by the police and declares himself to be a member of the police force, contact is usually made with the division the person claims he is from to verify the accuracy of the claim, as well as to establish if the person is authorised to carry the pistol in his possession.

"This process may be a very lengthy and complicated one as the person in the division with whom the information lies might not be available. There are instances where it is verified that the person being checked is a police officer, however, the division cannot confirm at the time that the person is authorised to carry the firearm," said Ellington.

He continued: "If the person is so authorised and is on an assignment, the assignment can sometimes get compromised by the unnecessary exposure and delays in trying to verify information in respect of the firearm."