Kartel slapped with another murder charge 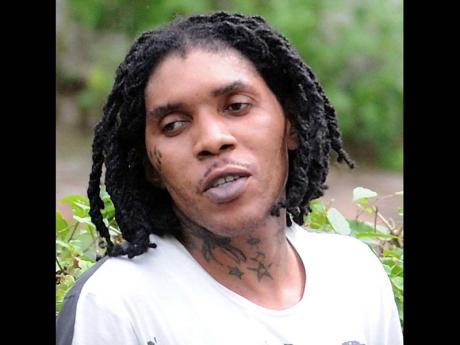 There are indications that Jamaican dancehall star, Adidja Palmer, more popularly known as Vybz Kartel, is being investigated in connection with a series of violent incidents, stretching from St Catherine to sections of St Andrew.

After more than two hours of gruelling interrogation by the top brass of the St Andrew North Criminal Investigation Branch (CIB), the artiste was last night slapped with another murder charge. This is the second count of murder he has been charged with over the past three weeks.

"He is being investigated in connection with a number of murders, shootings and gun running," head of the CIB, Assistant Commissioner of Police Ealan Powell, told The Gleaner last night.

Attired in a grey T-shirt and floral shorts, the artiste was transported to the St Andrew North CIB under heavy police escort. He was interrogated in the presence of attorney-at-law Michael Deans.

According to the police, Palmer has been implicated in the murder of Clive Williams otherwise called 'Lizard', who was killed on August 16 in Havendale, St Andrew. Kiro James, otherwise known as Ray Jones, has also been charged for the murder.

"We have graphic descriptions of how Mr Williams was killed. His body is yet to be found," one of the CIB personnel told The Gleaner last night.

The police claim they have collected a number of statements in connection with that murder.

Earlier this month, the 35-year-old artiste was charged with murder, conspiracy to murder and illegal possession of a firearm. Investigators accuse the entertainer of conspiring with others to kill a 27-year-old businessman/promoter who was murdered this year.

Allegations are that, on Monday, July 11, the promoter, Barrington Burton otherwise called 'Bossie', of a Gregory Park address in St Catherine, was gunned down in his community.