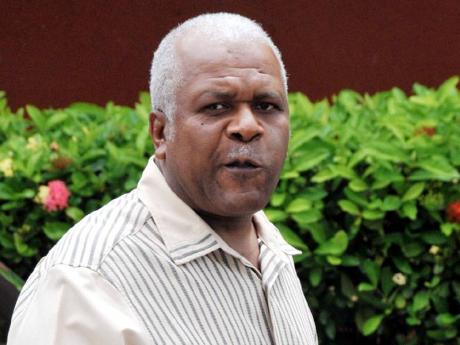 The attorney for convicted pastor, The Reverend Al Miller, is arguing that sections of the Firearms Act appear to be in conflict with the Jamaican Constitution.

Despite this, attorney-at-law Leslie Campbell said Miller is still considering whether to appeal his conviction last month for negligence resulting in the loss or theft of his licensed firearm.

"There are serious constitutional issues arising from the case which we have to consider appealing," Campbell told The Gleaner yesterday.

"It's an option that is still open to us. We have to get the notes from the trial and we have 14 days in which to file an appeal."

Miller, who is the pastor of the St Andrew-located Fellowship Tabernacle Church, was fined $80,000 or three months in jail when he turned up at the Corporate Area Resident Magistrate's Court for sentencing yesterday.

By late afternoon, Campbell said the fine had been paid.

He, however, took issue with the section of the Firearms Act which he said requires a licensed firearm holder to report the loss or theft of their weapon to the police.

Campbell said in Miller's case the report he gave the police following the disappearance of his firearm was used to secure the conviction against him.

However, he argued that the Constitution provides protection against self-incrimination through the right to remain silent.

"So, on the face of it, it (the Firearms Act) appears to be in conflict with the Constitution," Campbell reasoned.

Miller had claimed, in his statement to investigators, that he left the gun in his car when he and his daughter stopped at the Mico Practising Centre in Shortwood, St Andrew, to pick plums on January 22.

However, in finding him guilty, Senior Resident Magistrate Lorna Williams rejected the statement, saying she had doubts about some areas of it.