Are missing children being trafficked? 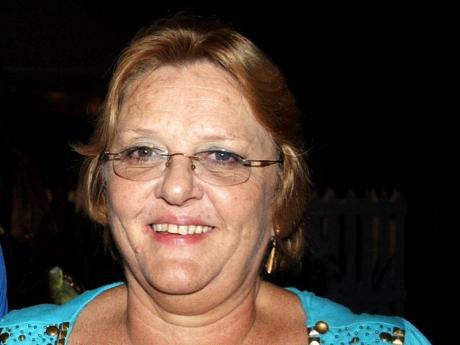 MANAGER OF Crime Stop Jamaica, Prudence Gentles, is calling for a probe into the conti-nued disappearance of young girls 13-16 years old, who she believes could be part of a human-trafficking syndicate operating across the island.

"Why do so many girls between the ages of 13 and 16 disappear every year? Where do they go? When you see all these missing people on TV every night, of the 10 or so persons highlighted, more often than not eight are teenage girls."

Gentles was speaking with The Gleaner following a session on human trafficking on the closing day of the 32nd Crime Stoppers International Training Conference at the Ritz-Carlton Resort and Spa in Rose Hall, Montego Bay, on Wednesday.

She said the general thought is that more young men would go missing, based on their association with and involvement in gangs and criminal activity.

"We say that they are missing children. I don't think they are missing. I just have this mind that is quizzical as to why so many girls of that age group go missing. And when you hear documentary evidence that girls in the biggest countries are being trafficked, it triggers something in me that says more investigation needs to be done."

Gentles stated that while she was unaware of how much undercover work was being done in Jamaica, she has a growing suspicion that some young girls could be working in massage parlours or in other places that are of ill-repute.

Meanwhile, though children still make up the largest percentage of persons reported missing, with figures showing them accounting for up to 70 per cent of cases, the recovery rate has drastically improved since 2009.

According to statistics from the Missing Person Call Centre, which falls under the National Intelligence Bureau, of the 2,394 people reported missing for the period January to December last year, 1,680 were children. Of those children, 1,248 have returned home.

The figures also include habitual missing children. Fifty-nine people were found dead, eight of whom were children, and 424 remain missing.

Nick Kinsella, founder of the United Kingdom Human Traf-ficking Centre and an independent consultant in combating human trafficking, in his presentation at the conference, indicated that trafficking worldwide was big business generating revenues of US$32 billion annually, with perpetrators in industrialised nations netting US$15.5 billion.

He also said 80 per cent of those being imprisoned for human trafficking are women.