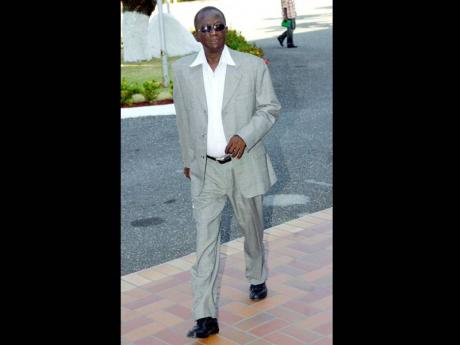 National Security Minister Dwight Nelson yesterday finally confirmed that he will be the Jamaica Labour Party (JLP) candidate for South East St Andrew in the next general election.

"Yes," Nelson declared in response to Gleaner queries. "I have decided to apply formally to the party and I have conveyed my intentions to the prime minister (Andrew Holness)."

Nelson's confirmation brings to an end speculation that he would for the first time be running on the ticket of the party he has served since he was in his teens.

He told The Gleaner that Holness has welcomed the decision.

Nelson, the man who took over the challenging national security portfolio two and half years ago amid complaints about the range of rampant criminality that has overtaken the island, has overseen a marked reduction in crime levels of more than 40 per cent over the past year and a half.

Yesterday, Nelson waved a disdainful hand at claims that his doctors had cast a disapproving glance at his decision to enter representational politics, declaring that he has no intention of losing.

"I have not even spoken to a doctor. I feel so rejuvenated at the prospects," he declared. "It is important that the constituency of South East St Andrew gets the kind of representation that it has not had from its political leaders for many years."

Nelson, a career trade unionist, added that he fully knows how to serve the people and defend their rights. "I have been doing that my entire life to facilitate fulfilment, so I will just be shifting from political representation to carry out these functions."

Nelson's debut run in South East St Andrew against another debutant, Julian Robinson, a deputy general secretary in the People's National Party (PNP), could be an uphill task for the national security minister as the constituency has been dominated by the PNP.

However, electoral data suggest that this dominance has waned over the past 20 years.

Maxine Henry-Wilson won the seat in 2002 after Douglas quit representational politics. Although Henry-Wilson, with 4,959, won the seat, the JLP's Phillip Henriques was not disgraced as he closed the gap with 4,103 against his name.

Henry-Wilson brought home the seat for the PNP again in 2007, but with the party's majority significantly reduced. Henry-Wilson attracted 5,187 votes to the JLP's Joan Gordon-Webley who got 4,618.

It is now left to be seen which of the two newcomers to representational politics will prevail.