MVP out in full force 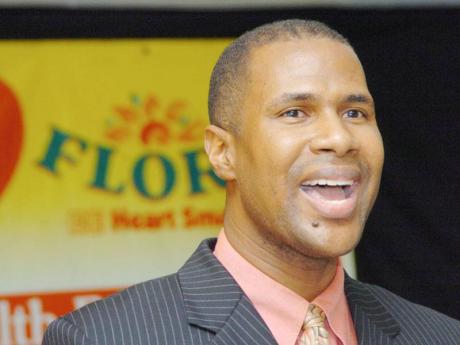 Bruce James, president of the MVP Track Club, confirmed an earlier message that was posted on the club's Twitter page informing that all the club's Olympic and World Championships medal winners have reported to training at their University of Technology (UTech) base.

The club has eight athletes within its ranks who have enjoyed medal success at one of or both the Olympic Games and the World Championships, track and field's biggest stages.

"Coach Stephen Francis has advised that 100 per cent of MVP's Olympic/World Championship medal winners are in training with MVP at UTech," read the tweet on the club's official Twitter page @MVPTrackClub.

This comes against reports which surfaced several weeks ago, which spoke to growing discontent among several elite members of the Stephen Francis-marshalled camp.

A number of younger athletes, such as the very promising Ristananna Tracey, subsequently left MVP and moved to the neighbouring Racers Track Club.

However, James underlined that the full complement of the club's elite rank reported to training on schedule and that the outfit has taken several steps to resolve some of the issues that were identified, minimising the possibility of a fallout.

James also shared that the athletes, particularly former 100m world-record holder Asafa Powell, are keen to make up for what many would consider a relatively low-keyed championship year at next year's Olympic Games in London.

"The feedback I have got from the athletes is that they are very determined to go out and do their best at the Olympics next year, and they are working and training hard towards that," James said, before pointing out that there is now an effort to ensure that there is greater communication within the organisation.

"Asafa (Powell) is particularly determined to do well at the Olympics in 2012, when he looks at the fact that he was the fastest man in the world for a number of months, he won the Jamaican National Championships in June, and then a Jamaican went on to win at the World Championships. He knows that he had a golden opportunity this year to be World champion, so he is putting everything in place so that he can do his best at the Olympics," James shared.

"One of the main changes that has taken place in the camp this year is that we are making sure that there is a lot more communication. It's not just about coming to training, going home and resting and then coming back to training," said James.

"We are making sure that any issues that arise, we need them to be aired a lot earlier, and that has had a positive effect already. (We are) making sure that there is open communication from the get-go instead of waiting until things get a lot more challenging."