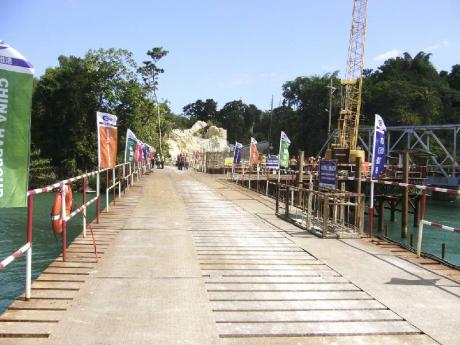 The Rio Grande bridge at St Margaret's Bay in Portland under construction. - File 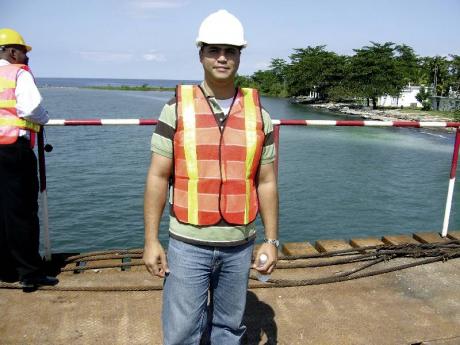 THE CAYMAN Islands is eyeing China Harbour Engineering Company to construct a pier in that country.

Speaking with The Gleaner during a tour of the Rio Grande bridge at St Margaret's Bay in Portland last Thursday, Ellio Solomon, ministerial council in the Cayman Islands, who also shares responsibility for housing and e-government, has expressed satisfaction with the scope of work being conducted by the Chinese nationals.

"It is very impressive. They are obviously using proven and tested technology. We are visiting to see what China Harbour is doing in Jamaica, and there is some discussion and negotiations with China Harbour in terms of doing work in the Cayman Islands," Solomon said.

China Harbour is presently undertaking the construction of a state-of-the-art bridge at Rio Grande in St Margaret's Bay, which upon completion, will be the longest bridge islandwide.

According to Solomon, from his observation, the ratio of Chinese workers to local workers is commendable. He said the workforce is well structured, with local labour dominating that workforce at least two to one.

He noted that if the services of China Harbour, which is the contractor of the Rio Grande bridge, are acquired in the Cayman Islands, it could result in work amounting to approximately US$200 million, which might include construction of a pier and cruise facility, in comparison to the US$28 million being spent at the Rio Grande bridge.

The Rio Grande bridge is scheduled to be completed next July, but according to assistant project manager at China Harbour, Grantley Hinds, the bridge could be made accessible to vehicular traffic as early as May next year.