The Dance of Difference - Shirley Anderson-Fletcher's gift to the misunderstood 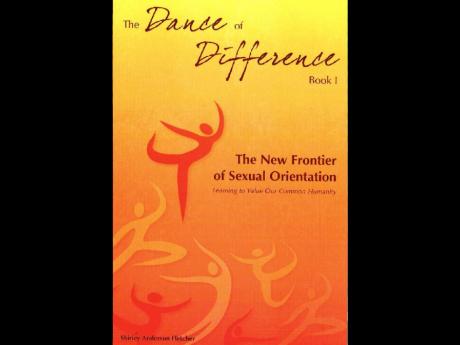 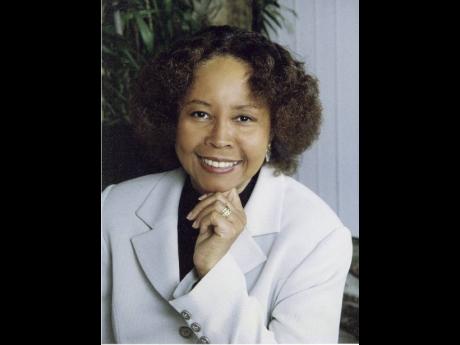 Come Thursday at 6 p.m., Jamaicans will have a chance to own a copy of a book many would not expect a fellow countrywoman to write. It is a book that asks for tolerance and understanding of many persons usually discriminated against - gays. Its author Shirley Anderson-Fletcher, is a consultant with more than 30 years' experience as an applied behavioural scientist, organisation systems analyst, executive coach and group facilitator. To say the work is timely is an understatement.

Titled The Dance of Difference Book 1, The New Frontier of Sexual Orientation, it evolved from her research and work in areas of race, gender and sexual discrimination. There will be three volumes: Book I, which is scheduled for the Bookophilia launch, focuses on learning the value of our common humanity, rather than discriminating against persons whose sexual orientation is different from ours. But, ironically, Anderson-Fletcher first placed emphasis on race and gender and had actually begun the other two volumes prior to this one.

In an interview with Flair, she revealed that she began to focus on discrimination against homosexuals, gays and lesbians in society because life was not meant for us to relegate each other to garbage because of our sexual preferences. "I am always amazed by Christians who are hostile to gays because they say it's a sin. Yet, they believe in a God of love who taught us to love each other and who created all. Are they implying that God's design was flawed because He made homosexuals?" she asks.

By the same token, Jamaicans are always described as a most loving set of people and, as told through music, Jamaica is synonymous with love, but at the same time, it's the most homophobic place on earth, she said. So she hopes that after reading the book, Jamaicans will understand and accept the diversities in the world. She posits that we live in a world where the majority in any group will dominate and subjugate the minority and the misfits are regarded as deviants; so it is between heterosexuals and homosexuals. The former is conditioned to believe they are right and the latter are wrong.

The question is whether people make a conscious choice to be homosexuals. After all, why would someone willingly choose a path that is fraught with hate? That view ought to be weighed against how you exist in this setting for which the rest of the world defines you. "It is already a confusing time for many persons searching to define their sexuality," Anderson-Fletcher said, adding that she hopes readers will understand her journey as a heterosexual woman, see themselves in her, see that she was also at one point indifferent to gays, but has learnt to understand them.

One would conclude that her views are unorthodox for a Jamaican. After all, the typical Jamaican has been reared in a culture that abhors lesbians and gays. But having lived in the United States of America with real experiences of race and gender discrimination, it was just a matter of time before her life of struggle with differences would lead her to be concerned about others. Since its April publication, the book has been well received. Many experts on the subject and persons touched by it have told her how helpful it has been.

The turning point began with her then 14-year-old son who heard his father tell a homophobic joke and laugh about it. He challenged his father that he bet he would not have the same reaction were the subject of the joke present. "That incident made us stop, we never did it again," Anderson-Fletcher said. Her ongoing work in the areas of racism and sexism also influenced the change in her view of homosexuals. "They are a subordinated group who are treated badly in society. I also did some personal workshops with my peers to re-educate myself and that was also key to my development in the subject matter," she said.

Her intention for the book which chronicles real-life case stories about the sadness, trauma and enormous suffering and pain endured by some homosexuals, is that readers will realise that gays are among our sons, daughters, brothers, friends, teachers and even ministers. "It is not a book about sex, it's about one aspect of the life of gay or heterosexual lifestyle - sexuality.

Next week: Arriving at the book title, how the book is used, how to change your views about the homosexual community and more.