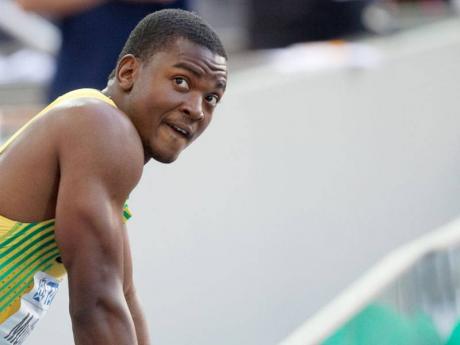 National sprinter Steve Mullings could know his fate today when the Jamaica Anti-Doping Commission's (JADCO) three-man disciplinary panel meets to rule on his adverse analytical finding after a test conducted at last summer's national senior trials at the National Stadium.

The panel, chairman Lennox Gayle, Dr Japheth Ford, and FIFA referee instructor Peter Prendergast, could make a ruling today or in a couple of days after lawyers representing both Mullings and JADCO make their final submissions at the Jamaica Conference Centre in Kingston.

"We will be making our final submission, and the panel will either make a ruling on the day, or over the next few days," explained Mullings lead attorney, Alando Terrelonge.

"I am expecting a particular ruling in the end, based on the rulings that the panel has made so far, one which I would not say at this juncture.

"However, one thing I would like to say is that, if the ruling does not go in the favour of my client, we will be considering several actions, not limited to a judicial review, or, as I have expressed before, going to the Court of Arbitration for Sports (CAS)," he added.

Terrelonge's threats of requesting a judicial review or going to CAS comes against the background of what he describes as an unfair hearing thus far.

He contends that an affidavit that was submitted by Mullings, who declared that he could not attend the hearing due to a fear for his life, or another proposal that if necessary his client can make himself available via computer video link-up, should have been accepted by the panel and into evidence, based on section 8.4.8 of JADCOs rule.

Section 8.4.8 of the rule states: "Each party to the proceedings has the right to present evidence, including the right to call and question witnesses (subject to the hearing panel discretion to accept testimony by telephone, written statement, or subsmission, whether by fax, email, or other means)."

However, Lackston Robinson, the attorney representing JADCO, is expected to continue to argue that the acceptance of the affidavit, or the bringing into evidence of a video link-up, must be left to the discretion of the panel.

Meanwhile, the possibility of Mullings making an appearance at the hearing, as was suggested by the panel last Thursday, has been ruled out by Terrelonge, who contends that given developments thus far it would be foolhardy for his client to turn up.

"He is not coming, as he is of the opinion that his presence at this juncture would not make a difference. This is also coupled with the fact that he still fears for his safety. the panellists seem to have closed their minds as to what he would have to say," said Terrelonge.