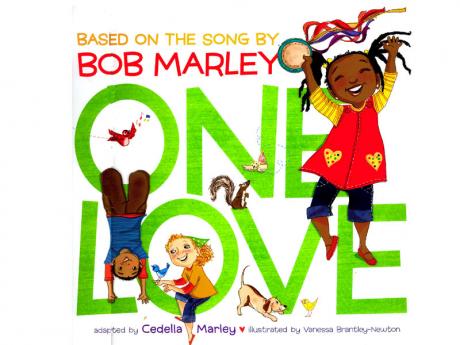 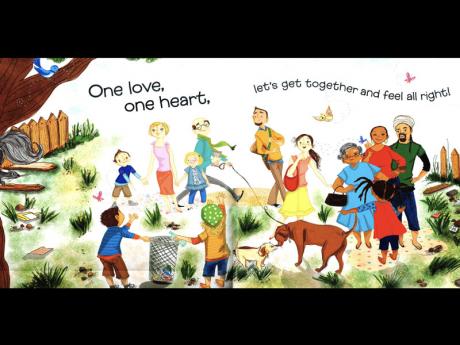 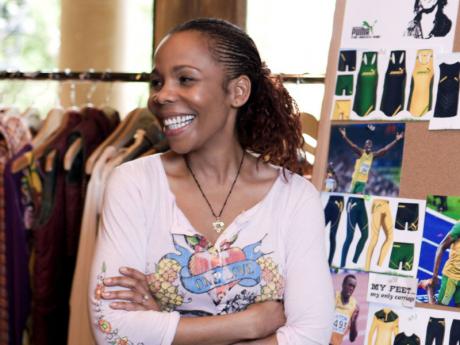 While on tour with her brother Stephen early this year, Cedella Marley and her family joined him on stage each night to perform a familiar show-ending song - One Love.

Before returning home to Florida, Marley said she got the idea to produce a children's book based on the song made famous by her father, reggae legend Bob Marley. That book, One Love, was released in September by Chronicle Books.

"When I was on the road I would sing the song all week, so I called mommy (Rita Marley) and told her about this idea to connect the lyrics to children," Marley told Arts and Education last week.

One Love's main character is Little C who leads a community initiative inspired by the music of Bob Marley.

"She gets everyone in her neighbourhood to clean up this park which they rename One Love Park. The moral of the story is, when people get together with focus they can do anything," Marley explained.

She also recorded a version of the song to promote the book which is available locally.

The second of 15 children Bob Marley reputedly fathered, Cedella Marley helped belt out One Love nightly for nearly two decades as a member of the Melody Makers, a group that also included Stephen, brother Ziggy and sister Sharon.

She launched the Catch A Fire fashion line in the late 1990s, but has also built a career doing children's books. One Love is her third effort, following The Boy From Nine Miles and Three Little Birds.

She is not the only Marley sibling who has moved into the increasingly lucrative children's market. Ziggy is involved in several children's charities, while his 2009 album, Family Time, won a Grammy Award for Best Musical Album For Children.

A mother of three, Cedella said her father always joked about the number of his offspring.

"He said we didn't need any friends because he had so many children," she said.

Bob Marley first recorded One Love at Studio One in the mid-1960s while he was a member of The Wailers. The song was inspired by Curtis Mayfield's People Get Ready, the unofficial anthem of the Civil Rights Movement in the United States.

One Love has become synonymous with world peace and has been used by Jamaican tourism interests to promote the local leisure industry. It was named Song Of The Millennium by the British Broadcasting Corporation.