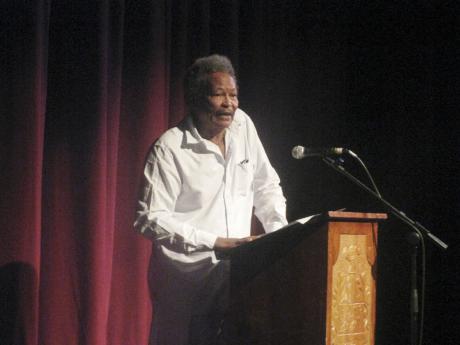 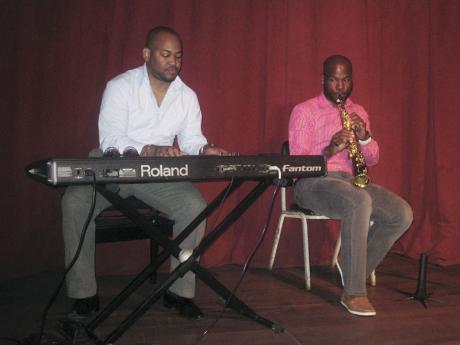 The title of Earl Lovelace's address at the Fifth Edward Baugh Distinguished Lecture last Sunday was 'Reclaiming Rebellion', and in positioning rebellion as central to the Caribbean experience, the novelist made a distinction between two types of rebellion.

He outlined to the near full house at the Sir Philip Sherlock Centre for the Creative Arts, University of the West Indies, Mona, how the rebellion has often been seen as delinquency - among them those involved in stick fighting and playing the steelpan in Trinidad.

And, Lovelace said if, as a Caribbean people, we are to going to deal with our present situation with any sense of originality, "we have to look at what we have done" and develop a plan based on our own story.

Lovelace spoke extensively to the history of slavery in Trinidad, noting: "We can see from this story, the principal dream of Africans was freedom." That has been carried through in the arts where, Lovelace said, persons such as The Mighty Sparrow and Bob Marley have spoken for us.

Earlier in his address, after describing how Baugh, with grace, represents us at the highest levels as poet, critic and person, Lovelace quoted from Baugh's poem You Ever Notice How, which begins:

"You ever notice how

after the maximum leader has spoken

speech, the faithful start to party"

There were chuckles at the lines "rocking to roots reggae boom/from speaker-boxes bigger and more/durable than poor people's houses". Baugh, Lovelace said, captures in that poem the position of the leader unable to dance the dance of the people. That leader is clearly not in touch with the people and cannot live up to the expectations of a leader.

And Lovelace related this to an analysis of government and a disjointed relationship with the people. However, he said, "this relationship is soon to end, because the people have seen there is no need for this class".

The Fifth Edward Baugh Distinguished Lecture was organised by the Department of Literatures in English and the West Indian Association for Commonwealth Literature and Language Studies.