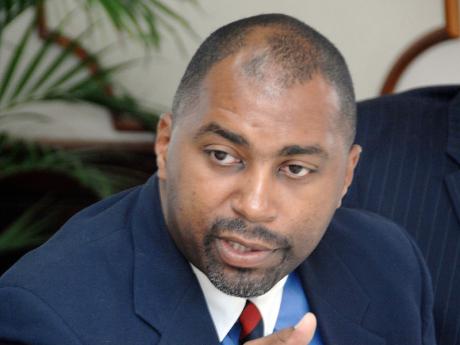 National Security Minister Dwight Nelson and the People's National Party's (PNP) deputy general secretary, Julian Robinson, the two high-profile political contenders vying for South East St Andrew, sections of which have been one of the fiercest political hotbeds, in recent history, are expressing satisfaction that there has not been a repeat of the violence which marred the 2007 election campaign.

Sections of South East St Andrew are characterised by open hostilities involving political factions and other gangs in the volatile communities, but this time around the constituency has taken on an uncharacteristic calm. Both political aspirants are confident it will be sustained.

"I am satisfied with what is happening in the constituency," Nelson told The Sunday Gleaner. "Given my present ministerial portfolio, it is incumbent on me to ensure that the activities in the constituency are peaceful and that there are no threats to life and to property, so I am going to be working towards that."

Robinson expressed similar sentiments. "So far, we have not had any incidents, and I hope that the campaign will be violence and intimidation free, where persons can express their franchise without fear," he said. "So far, we have done very well, and I would expect that with the Minister of National Security running in the constituency that the security of the residents would be more assured now than before."

The PNP deputy leader said he had been walking the area for a while and has never encountered any difficulty in doing so. "I haven't had any real negative reactions, thus far it has done very well."

Nelson and Robinson are both contesting the South East St Andrew seat for the first time, having replaced Joan Gordon Webley (JLP) and the incumbent Member of Parliament Maxine Henry Wilson.

However, the two men are quite familiar with the area.

So is Horace Matthews, a resident of and community worker in the constituency, who intends to run for the resurrected Marcus Garvey People's Political Party.

Matthews, an aeronautical engineer by profession, is also a lay magistrate who served in the Petty Sessions Court of St Andrew.

The better known Nelson, a government senator and a trade unionist by profession, grew up in the community while Robinson contested the Trafalgar Division for the PNP in the local government elections of 2007.

Traditionally volatile, large sections of Mountain View Avenue; Jacques Road, McGregor Gully, Nannyville and Woodford Park were the scenes of several politically motivated gun violence in 2007, in which a so-called constituency worker was killed after which a bus transporting supporters of one party was shot up.

The political tensions culminated into a stand-off involving political hoodlums who had stormed a church serving as a polling station on Election Day. Two men were also killed on Deanery Road in the height of the campaign.

Nelson told The Sunday Gleaner that his vision for the constituency is three-fold that is aimed at bringing an end to the violent culture of some communities once and for all.

"I intend to address the issue of unattached youth within the constituency to provide a basis for them to become positively involved and to fulfil their hopes and aspiration.

He said he plans to remove them from the arena where they are prone to temptation and getting into what he termed unwanted, unnecessary and illegal activities.