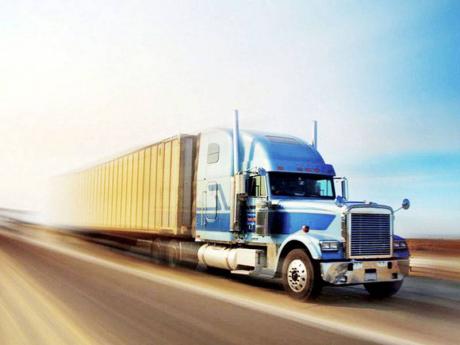 Jamaica's highway company has reported a record J$6.15 billion of net profit even as it revealed a fresh dispute with French contractor Bouygues over the ongoing Mount Rosser project, which could materially affect its capacity to service its debts.

The National Road Operating and Construction Company (NROCC) says its profits were up 230 per cent at yearend June 2011, but that much of it came from a "gain on the sale of bonds" used to finance the Highway 2000 project.

The state company is responsible for execution of the multi-pronged Highway 2000 project.

The disclosure was made on a term sheet obtained by Wednesday Business for a new NROCC global bond that was floated in November. The term sheet also revealed a balance sheet increasingly under pressure with debts of J$41.5 billion, up 4.3 per cent in a year; and negative equity of J$24.7 billion, which was substantially worse than the negative J$14.8 billion reported in 2010.

This month, the company raised some US$294.2 million (J$25 billion) from a 9.37 per cent bond to repay debt. The bond, which matures in 2024, was co-arranged by Jamaica Money Market Brokers and Credit Suisse, with Oppenheimer acting as co-manager of the issue.

The record profit performance, however, may be short-lived unless NROCC can continue keeping the redesign of a one-kilometre section of the Mount Rosser project off its books.

"The costs related to such redesign cannot be estimated at this time but may be material for us. We have entered into a variation order with Bouygues to provide a framework for agreeing the sharing of the costs of this redesign," said NROCC.

"Should our current negotiations with a potential developer regarding implementation of Phase 2 not result in the risks relating to participating in the offer granting of a concession to a third party for Phase 2, we may be responsible for a significant portion of these costs, and that amount could have a material adverse affect on our financial condition and may impair our ability to make payments under the terms of the notes," it said, alluding to the bond.

The US$294.2 million was fully taken up by large institutional investors, according to JMMB marketing manager Imani Duncan. Those notes were settled on November 10, but the bond is still open to subscription by smaller investors, Duncan said.

NROCC says its lawyers and engineers are in talks with Bouygues on the matter.

"NROCC, TransJamaican Highway Limited and Bouygues are disputing responsibility for the recently discovered geological ground conditions in the construction of the Mount Rosser Bypass," said NROCC on its term sheet.

TransJamaican is the company set up by Bouygues to operate the three-decade concession on the toll highway.

"The discovery may require a redesign of approximately one kilometre or five per cent of the project's roadway. However, the parties are working to resolve the dispute and no claim has been filed in respect of it. NROCC's lawyers and consulting engineers have reviewed this matter and have advised that NROCC has a good case in denying responsibility; accordingly, no provision has been made in these financial statements for any possible adverse outcome of this matter," stated the term sheet.

The Mount Rosser leg of Highway 2000 is slated for completion in 2012.

NROCC obtained a loan totalling US$70.6 million (J$6 billion) from the PetroCaribe Development Fund to provide working capital to the company. The loan financed completion of the Moneague leg of the project, and work on the Mount Rosser bypass. NROCC says it has drawn down more than 90 per cent of the funds.

Highway 2000 involves construction of a multi-lane tolled highway that was initially designed to connect Kingston and Montego Bay, via Manchester, but the project design has been modified to incorporate Ocho Rios.