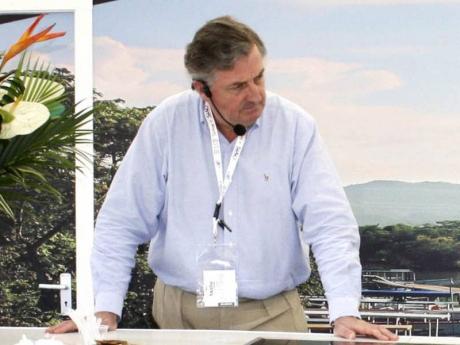 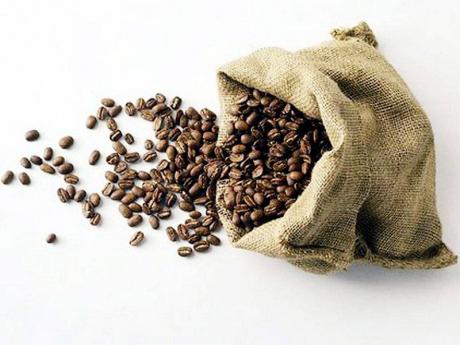 Amid fears of a second recession in the Eurozone, wholesalers of Jamaican Blue Mountain coffee (JBM) say that hope for a return to pre-recession sales volumes in Europe are now quite dim.

The new outlook contrasts with early 2010 when European distributors were touting a recovery of the premium market.

Blue Mountain Coffee Europe Limited (BMC) and its retail arm, Sea Island Coffee Limited (SIC), which provide about 50 per cent of JBM to European roasters, are holding to the strategy of directly targeting upscale buyers overselling the premium brand on the commodities market.

BMC is the principal importer and representative of Jamaica Blue Mountain coffee in Europe. Founded in 1996, the company pursues sales and distribution for coffee processors such as Clydesdale Group, Mavis Bank Coffee Factory, Wallenford and Gold Cup, as well as estate coffee companies RSW Estates and Clifton Mount Estate.

Last year, BMC sold some 14,700 kilogrammes of JBM and has come close to tripling this performance in 2011 with 39,000kg sold to date. The company attributes the higher volumes to a strenuous marketing campaign, which it hopes will act as a buffer were Europe to descend into another recession.

Peter de Bruyne, chief executive officer of both BMC Europe and Sea Island, says markets are uncertain as the fiscal crisis in the 17-nation Eurozone shows signs of imploding.

"This affects the banks, many of which are technically insolvent due to their exposure to sovereign debt in such countries as Greece and Italy, and they are retrenching on their credit lines to the roaster community, as well as to our wholesalers who supply the small and micro roasters, who are even more so affected by this credit crunch," said de Bruyne.

Europe represents a small four per cent of Blue Mountain coffee sales, based on 2010 data; Canada and the United States (US) account for 10 per cent, while Japan remains the major market.

Jamaican coffee producers, and the Coffee Industry Board (CIB), are trying to wrestle themselves from Japan's tight embrace of the market through diversification.

Marketing efforts in the past year have been ramped up in the US and Europe.

Jamaica sold 1,500 bags of JBM - approximating 90,000kg - to Europe and the Middle East before the recession.

The CIB had hoped to drive those numbers to 5,000 units or bags.

But, now, with Europe in crisis, de Bruyne says roasters are not inclined to stock up on high-value coffees like JBM.

"It is easier and less risky financially to stock good quality but less costly green Arabica coffees from, for example, East Africa and Central America, as well as from Colombia. We are having to fight harder in this market," the buyer told Wednesday Business.

BMC set up Sea Island Coffee in partnership with Ataka Trading of Japan in 2008 to focus on the rare luxury roast coffee market in Europe.

It was felt that many roasters did not actively market JBM and did not package it well enough, so Sea Island now markets JBM in luxury packaging via its website as well as on eBay and Amazon.

As countries were emerging from the recession, 18 months ago, coffee sales in Europe began seeing signs of recovery, notwithstanding price competition from cheaper products.

BMC said marketing and credit support were primary reasons for the resurgence in places like London, United Kingdom (UK), which is a major distribution centre for the rest of Europe, and Antwerp in Belgium, where 80 per cent to 90 per cent of the premium product sold to Europe was taken up.

"The coffee arrives in the principal ports of Europe, particularly Antwerp , as the UK is a relatively small market for JBM compared with Continental Europe, but also in London, whence it is sent to facilities ... ," said de Bruyne.

The just-in-time delivery system feeds roasters in centres such as Trieste, Italy; Valencia and Barcelona in Spain; Hamburg, Germany; Warsaw, Poland; and Le Havre in France.

BMC and the other importers/ distributors feed barrels of coffee beans to roasters on demand.

"No roaster in Europe should be more than a short distance from a barrel of JBM. This means that we can immediately release and deliver, when requested to do so, JBM on an immediate basis - removing the financial and waiting-time nuisance and burden from the European roaster community, covering what is effectively a high-value but small-volume product," said the BMC head.

"On top of this, we and our wholesalers - who will also supply and consolidate the JBM with other coffees required by the roasters as part of the service - will provide credit, which could well become of increasing importance as the bank lines of credit dry up."

The company also supplies supermarket chains and other buyers.

But it is the upper tier of buyers who receive most of BMC's marketing attention. The CIB too points to the deepening of marketing efforts in the European region, where coffee traders continue to target deep-pocketed connoisseurs with gourmet blends.

"The individuals who buy coffee at £30 to £40 (US$47 to US$63) per pound in the retail market do not shop at Sainsbury's. A lot of work is done to make sure that this clientele knows where BMC is available," said the coffee board's director general, Christopher Gentles.

"If the coffee is available to everyone everywhere, it will no longer be desired. It is a very strategic decision," he said.

De Bruyne, who coordinates the marketing effort on the continent, says that: "If the perception was to arise that the market price for green/raw JBM coffee had become a free for all — in other words, that JBM had become 'commoditised' rather than being viewed as a luxury product - the serious roasters and main users of green/raw JBM with forward production planning and marketing programmes in place would begin to question whether stocking JBM was worth the candle. They might judge that JBM had become an economically unstable proposition ... ."

In order to maintain the product's exclusivity and put it within reach of a deep-pocketed clientele, BMC attends about five shows a year covering trade and luxury food products.

"We have been undertaking celebrity endorsement campaigns and providing free JBM gift packs to such events as the European MTV awards ceremony which attracted international film stars, as well as to the GQ Magazine awards which attracted major celebrities, business leaders and high achievers," said de Bruyne.

"We're also seeking out luxury food manufacturing and distribution companies which have never had JBM on their list, but are now actively considering including JBM as part of their luxury portfolios. In this regard, we offer a fully integrated service from roasting to packaging concepts, absorbing the initial trial costs ourselves. We also approach large roasters and chains to do major JBM runs."

The Blue Mountain luxury green/raw coffee bean is not a commodity, but is sold on its reputation, branding and image, just like Dom Perignon champagne, said the BMC/Sea Island CEO.

"The JBM European roasters, whatever their size, require price security backed up by excellent service and market supervision of a type, which you see with every other luxury product and material to optimise the value chain right back to the farmer. Price fluctuations for volume commodity coffees - in this case Arabicas - can be hedged against, but this would be impossible for JBM which is not traded against the New York contract and is, therefore, hard to monitor," he said.

The types of coffees traded on commodities exchanges are the bulk-volume coffees from such origins as Colombia and Brazil.