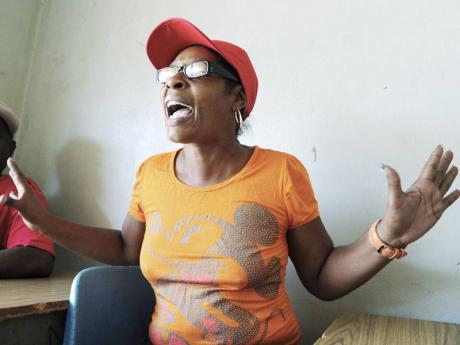 Marcia Barker, a resident of Nannyville, also in South East St Andrew, is a committed People's National Party supporter who says she will always stand firm. 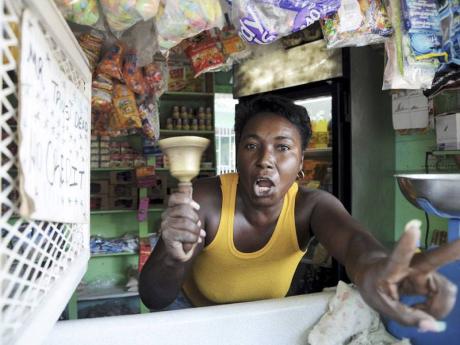 Hyacinth Wright, a resident of Jacques Road in South East St Andrew, rings the 'freedom bell' at The Gleaner's constituency forum on Saturday. She describes herself as a rock-stone Labourite who will never switch her support from the Jamaica Labour Party. - Ricardo Makyn/Staff Photographer
1
2

Clad in their green and orange, diehard party supporters provide the numbers that flock the political conferences and meetings of the two major parties.

This support for the People's National Party (PNP) and the Jamaica Labour Party (JLP) is often criticised by some Jamaicans who describe these diehard supporters, mainly from inner-city communities, as fanatics and mindless.

But for many residents of Nannyville Gardens and Jacques Road in South East St Andrew, the support for the party of their choice is like a religion.

They argue that their backing of a party is a lifetime commitment that can be compared to the endorsement many Jamaicans give to their religion or religious denominations.

"You is a man who say your heart dey deh so fi years, me can't come convert you," declared Brian Edwards, a resident of Jacques Road.

"Don't you have some Christians where some a Pentecostal or that one is that religion and you can't tell another Christian say you a convert him. You just have to deal with reality," Edwards added.

In the nearby Nannyville Gardens, Junior Walker received solid support from other residents as he argued that while everyone is entitled to their opinion, he is not prepared to swap his PNP orange garb for a JLP green suit.

For Walker, Christians are allowed to be fanatical in support of their denomination and it should be no different in politics.

But that support for the political party of his choice will not affect long-term relationships in the same way that persons who worship in different Christian denominations can remain friends.

In Nannyville Gardens, the PNP enjoys solid support and in 2007, Maxine Henry-Wilson received 1,255 of the votes cast in the polling stations in the community while the JLP's Joan Gordon-Webley received 36 votes.

In Jacques Road, the three boxes had 563 votes for Gordon-Webley while only seven votes were cast for Henry-Wilson.

This voting pattern is unlikely to change anytime soon, hence the PNP's Julian Robinson and the JLP's Dwight Nelson can bank on almost similar levels of support when the votes are counted this time around.

But the diehard supporters have no apology for backing the party of their choice.

These supporters scoff at claims that the voting in what is now being described as "zones of political exclusion" is determined by thugs who use violence to ensure the backing of the party.

For the overwhelming majority of residents of Nannyville Gardens and Jacques Road, supporting the PNP or the JLP is a choice they have made and they have no intention to change.

From the traditional family line to the better economic and social opportunities, they believe the parties provide; residents are either "rock-stone Labourites" or "Comrades for life".

In a just-concluded Gleaner-commissioned Bill Johnson poll, 34 per cent of the persons who say they plan to vote JLP in the next general election say that they are Labourities by tradition.

It is a similar story with those who say they will be voting PNP, with 40 per cent saying they have been Comrades for life.

The Gleaner-Johnson poll was conducted from November 5 to 6 and November 12. It covered 84 communities across the island with 1,008 respondents and has a margin of error of plus or minus four per cent.

The PNP has held the South East St Andrew seat since 1989 with Easton Douglas and Maxine Henry-Wilson beating back JLP challengers.

The last time the JLP won the seat in an election contested by the PNP was in 1980 when Allan Isaacs defeated John Junor.