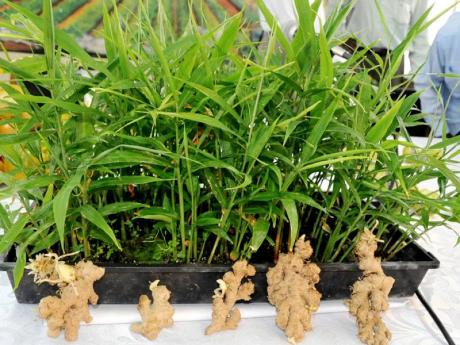 Ginger was first planted in St Ann by the Spanish- file 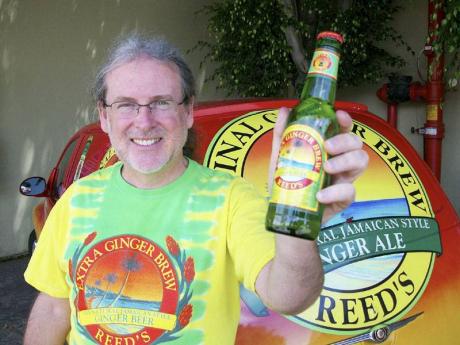 Jamaica has missed out on a rare half-billion dollar (US$6 million) a year opportunity to supply ginger to a United States-domiciled drinks company listed in the NASDAQ, the world's largest stock exchange by market capitalisation.

The island currently fills only 10 per cent of its potential export demand, which underscores missed market opportunities for this unique local crop.

US-based Chris Reed, founder and CEO of REED's, told the Financial Gleaner in an interview on Monday that he attempted to utilise authentic Jamaican ginger, but found no consistent supplier.

His company boasts a line of brew, including its flagship 'Jamaican style' ginger ale, although the name is not consistent with using products from Jamaica, given that he imports most of the raw material from South America.

"We have tried in the past to get supplies from Jamaica, but couldn't find a reliable supplier," he said. "Additionally, there was an issue with exporting the fresh ginger," Reed recalled, adding that "we approached two or three groups and at one point had an issue getting a licence."

Ginger accounts for some US$10-US$15 million in annual sales for the company, he reasoned. Over nine months ending September this year, REED's earned US$17.7 million in revenues, up 23 per cent year on year, according to latest financials to shareholders.

"In this business, smoothness of supply is important," he said, referring to negotiations with Jamaica which occurred throughout the past decade.

Given his inability to source the product from Jamaica, REED's instead imports 1.5 million pounds of ginger annually from South America. He also revealed that an investor in Haiti recently approached the company to fill some of the demand. "Those negotiations have just begun," he said.

Jamaica's ginger, seen among the finest in the world, fetches up to US$8,000 per ton, according to Sylburn Thomas, general manager in the Ministry of Agriculture and Fisheries export department. He explained that there is a 170-ton market for Jamaican ginger, but the island only managed to export 15 tons last year.

"We are meeting only 10 per cent of our export demand," Thomas reasoned, adding that exports should increase by about two-thirds year on year. "In 2011, we are planning to export 25 tons," the general manager said.

Another ministry official said the shortfall in export was due, in part, to a disease which hit the local root in the early 2000s.

Dr Marcia Blair Thomas, principal research director in the research and development division at the Ministry of Agriculture, told the Financial Gleaner this week that a structured replanting exercise is currently underway.

"We are trying to increase production of ginger that is free from the root disease," she said, adding that "over time we should go back to early 2000s levels".

Supplying REED's would represent a significant export market for the non-traditional crop, which earned for Jamaica an estimated US$120,000 last year.

REED's, established in 1987, listed on the over-the-counter market in 2006 and the Nasdaq a year later, the chief executive officer said.

REED's is projected to earn some US$25 million in revenues for its 2011 year, based on estimates from its financials. The company predicts sales to rocket for its upcoming quarter, which would aid it in cutting its US$19.5 million in accumulated losses due to start-up and development costs, Reed said.

"As we proceed through the fourth quarter of 2011, we believe that we will continue to experience double-digit growth in the sales of our branded business, along with well over $2 million private-label revenues," he said. "Based on a number of sales initiatives secured and in our pipeline, we believe that our organic growth rates will accelerate in 2012, along with increasing margins," he added.