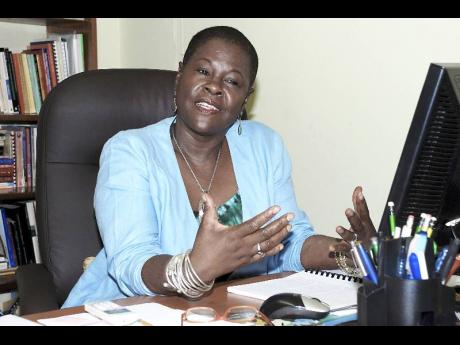 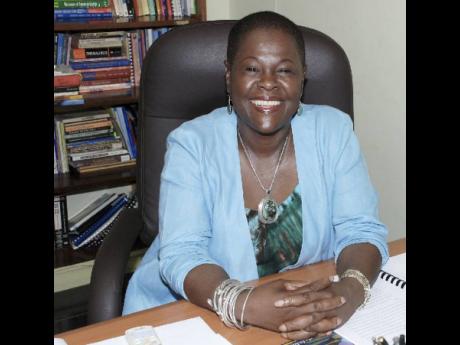 Her accent might confuse you, but make no mistake, Professor Beverley Bryan is a true Jamaican.

"I was born in Portland. My parents were a part of the 'Windrush' generation who migrated in the '50s and '60s," she told Flair. Professor Bryan recalls that teaching was the only profession she ever thought about seriously. She started teaching at a primary school in Brixton (where they first lived), her way of 'giving back'.

"For me, education is really about service," she said, explaining that she also got involved in community activism and the women's rights movement. She holds a Bachelor of Arts in English, Master of Arts in language and literature in education and a Doctor of Philosophy in language education from the University of London.

She was recently promoted to professor at the University of the West Indies (UWI) Mona. She admitted that when she first started teaching, she never envisioned achieving such heights.

"I never really planned my career," she laughed. "I do things that I want to do, that I think are important." She noted that it feels good "when your peers say you've done good work". She is awed by the numerous commendations she's received. Besides from family and friends, she's also heard from some of her former primary-school students.

"That (the reaction) makes me feel like I did the right thing when I applied," she said.

She joined the staff at UWI in 1992 as a lecturer in educational studies and was promoted to senior lecturer in 2002. She has focused on language teaching and learning, literacy acquisition, and literacy policy and plans for Jamaica and the region. Among her achievements, she has worked closely with teachers' colleges in offering bachelor's degrees in education and helped design many of the programmes currently used in UWI's undergrad programme. She has also played an integral part in the offering of online degrees, giving teachers around the region the opportunity to work while they study. She also recently agreed to join the National Council on Education.

"That's one of the things I like about Jamaica. I think that I have a better chance to make an impact in education by influencing policy. If I was in England, I doubt I would have had the same opportunities," she opined. Professor Bryan is recognised as an expert on language education, particularly Jamaican Creole. She suggested that one cannot achieve the goals of teaching English "without taking into account the language that most students come to the classroom with".

She has worked with the Ministry of Education on the review of primary education and their literacy improvement initiative. And her recommendations formed the basis for the construction of the Grade Four Literacy test and the Grade Six Achievement Test in language arts and communication.

Professor Bryan has also published two books, The Heart of the Race: Black Women's Lives in Britain in 1985 (still a highly influential piece among her British colleagues) and more recently, Between two Grammars: Language Learning and Teaching in a Creole-speaking Environment (2010). Always the academic, she is currently involved in the Caribbean Poetry Project initiative which promotes the teaching and learning of Caribbean poetry in the Caribbean and the United Kingdom. She's also producing a book on teaching writing.