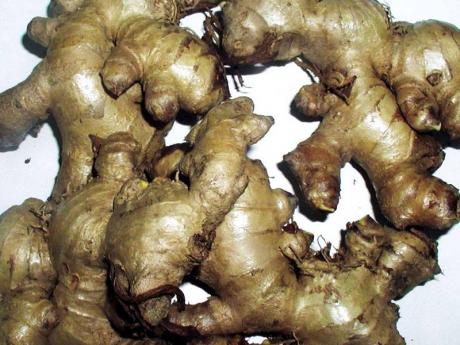 The following is the Ministry of Agriculture's response to an article published in last Friday's Financial Gleaner under the headline, 'Jamaica squanders $500m ginger export prospect'. Permit me to add clarity and to correct any misunderstandings that may have arisen from your article.

The Ministry of Agriculture and Fisheries is aware of the significant and increasing global demand for ginger in general and Jamaican ginger in particular. In fact, according to data from the International Trade Centre, global imports of ginger stood at 423,000 metric tons, valued at US$614 million (J$53 billion) during 2010, with Japan, United States, United Kingdom, Germany and Canada among the major importing countries, while China accounted for overwhelming exports, followed by Thailand, Nepal and Nigeria.

Jamaica has a long tradition in ginger production. However, over the last decade, the industry has been dogged by rhizome rot and bacterial wilt diseases, which are primarily responsible for the steep decline in output from about 600mt during the mid-1990s to 298mt during 2008. In order to increase output and capitalise on the existing global opportunities, the Ministry of Agriculture and Fisheries has prioritised ginger production under its Production and Productivity Programme with the specific objectives of providing disease-free planting material to the industry, expand cultivated acreage, increase yields and guarantee markets at competitive prices.

While we are fully cognisant of the market conditions in the United States for Jamaican ginger, it is in fact inaccurate to say "Jamaica has missed out on a rare half-a-billion dollar opportunity..." as we have been deliberate in our efforts to identify customers that require the unique chemical composition of Jamaican ginger at a commensurate price premium, which is typically 80 per cent to 100 per cent on major origins. Excluding one prospect, the ministry's market intelligence did not uncover any such demand in the US during 2011. However, we stand ready to explore any such opportunity for the 2012-13 ginger crop.

Additionally, as we seek to capitalise on our fine-flavoured status, next year we are projecting to increase ginger projection to 544mt. The point must be made that we are coming from an output of 298mt in 2008 to 459mt and 486mt in 2009 and 2010 respectively. The ministry has partnered with the Scientific Research Council to produce tissue-culture ginger plantlets for growing out under protected environment to provide disease-free planting material to the industry. During 2010, 24,000 clusters of tissue-cultures plantlets were planted at the Ministry's research stations and 40,000 clusters are being propagated for planting during February and March of 2012. These are expected to produce 'seed' material for 105 acres and 176 acres of open-field cultivation.

The Ministry of Agriculture, through its Export Division, has identified specialty export markets for 170mt of dried (850mt of fresh ginger) valued at US$1.4 million (J$117 million) and is organising farmers to producing that quantity using disease-free planting material. However, due to the limited available disease-free planting material, the Division has been fulfilling only about 10 per cent of that demand, while the planting-material production project is being expanded.

The article also makes mention of a problem in getting licensed, but, as far as we are aware, there is no special licensing requirement to export ginger. Private operators in the industry exported 17mt dried (85mt fresh) ginger during 2009 and diverted a similar quantity to the domestic market during 2011. In fact, relatively small quantities of fresh ginger are exported by many private exporters in consolidated fresh-produce containers.

We are encouraging investments in the industry in both nursery (planting material) and open-field operations and commit our technical and research expertise to potential investors.