Denise Daley: Caring about her community 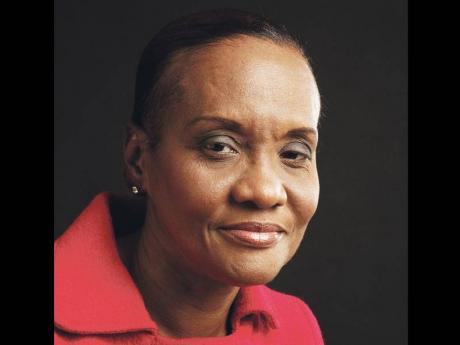 It's been a life of serving the people for Denise Daley, the People's National Party's (PNP) choice for St Catherine Eastern.

"I was really a community leader and a community person. I had the passion to lead and to see better in the community (Linstead)," she said. Daley recalled that she was always involved in helping others, whether as a Girl Guide or caring for shut-ins. But it was current PNP Chairman Robert Pickersgill who first approached her to enter representational politics.

"He was looking for a representative and I said I would help him find someone," she said. "But he asked me why I would do that when the person is right there. I asked 'who'? and he said he was talking about me." Though reluctant, she took on the challenge and has been councillor for the Linstead division in St Catherine for 25 years. But now she takes a step up to running for a seat in Parliament. Ironically, her opponent is her former colleague, Sharon Hay-Webster, who crossed the political divide to the Jamaica Labour Party earlier this year.

"She approached me and said 'I want you to come and keep the constituency' (Hay-Webster had initially said she would not seek re-election). But I really wanted to continue with local government because I have the passion for it," Daley explained. As it turns out, Hay-Webster would later have a falling out with the party and went to the governing party. St Catherine Eastern is one of the new constituencies arising out of border reconfigurations by the Electoral Commission of Jamaica. But Daley, who was also deputy mayor of Spanish Town for nine years, knows the lay of the land and feels she is more than capable of giving the people what they need.

"As deputy mayor, I got the opportunity to work with the entire parish, both parties, so I know there is a lot of need," she said. "We need to bring some hope to the communities. Human capital is creating serious problems. It means retraining our people, empowering them and just making them feel like they are wanted." She is especially concerned about the young people, whom she interacted with extensively through her work in the various communities.

"I think I have a good relationship with young people. When you talk to them, you realise they feel that they have no use. We want to build back that hope. I believe that when you talk to them, you see they have a vision like everybody else, and I think that's where I can help make an impact," she said. She encourages women to enter the political arena because she feels they have a better rapport with the young people.

"They believe in women. They see them as mothers, especially the young men. And because of that, it's easier to get into their 'head space' and to empower them," she explained. She also said that women know how to "take one dollar and turn into 50" so in these tricky economic times where resources are limited, "there's no better people to handle things than women". But she also cautioned that it is "not an easy road, as women have to be careful about who they ask for support and what they take. She cites PNP leader and former Prime Minister Portia Simpson Miller, as well as former MP and Government Minister Maxine Henry-Wilson, as local role models.

"Internationally, I also look at Winnie Mandela, for her strength, courage and her fight against apartheid," she said. When asked about how she balanced family and politics, Daley said that she has been doing it for so long, "it's almost like the norm. They are a part of it, they even participate". Daley is hoping for a no-hassle election.

"Let us have a clean, fair and honest election," she said. "We don't want anyone to fabricate anything or for there to be anything to create any mayhem," she pleaded, pointing out that whoever wins, the constituency must still be intact.