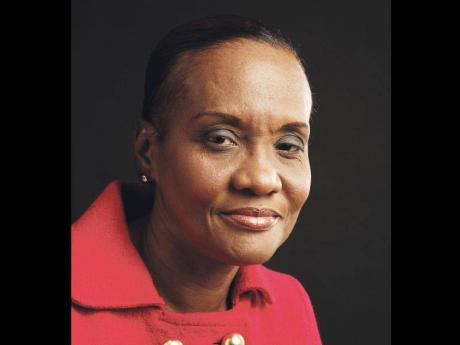 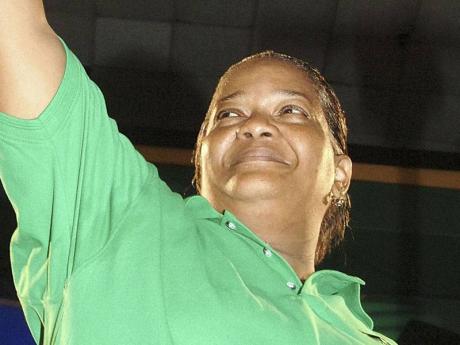 TURNCOAT POLITICIAN Sharon Hay-Webster on Monday emerged from the belly of a throng of vuvuzuela-blowing, bell-ringing supporters to complete her nomination process.

Hay Webster came with a couple hundred supporters to be nominated for the first time as a Jamaica Labour Party (JLP) candidate for the St Catherine Eastern. When asked how she felt about her maiden nomination on the opposite side of the political divide, the politician said she felt good.

However, if Hay-Webster's following to the nomination centre was a show of strength, the orange tidal wave that hit Twickenham Park Road Monday afternoon was a political statement. Police on the ground estimated that some 600 people were in the crowd that lined the street in front of the nomination centre. The PNP's candidate for the St Catherine Eastern seat, Denise Daley, came out with what appeared to be a marching band and dancing girls. Traffic came to a halt, but party supporters stepped into the streets and helped to manage the flow of traffic as the police closely monitored the situation. Even school-age children, in PNP-stamped shirts, were numbered among the multitude of PNP supporters.

A JLP supporter was seen with a flag bearing an ode to the notorious Spanish Town-based One Order gang.

The female supporter was pulled to the side by our news team and asked the reason for carrying the flag.

She said she did not write the message on the flag and suggested that her support to the gang was involuntary. "A weh we live. We just have to go by it," she said, before pointing out that she found the flag on the street.

Other green-clad supporters in buses that sailed past the nomination centre shouted, 'One order!' as they taunted the police and soldiers who were standing at the entrance of the plaza housing the Electoral Office of Jamaica's office.

In the neighbouring constituency of St Catherine Central, which is being contested by the JLP's Olivia 'Babsy' Grange and the PNP's Maurice Westney, a man was seen riding a bicycle in a JLP procession wearing a shirt labelled One Order. Other male members of the community also shouted the slogan to females who were passing by.