Maroons head to the silver screen 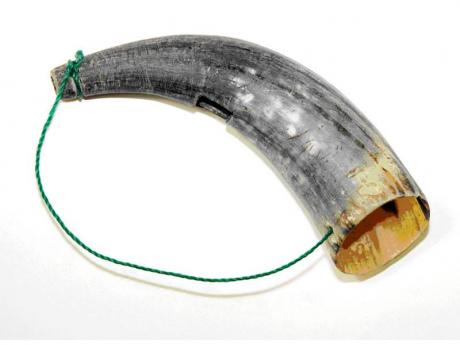 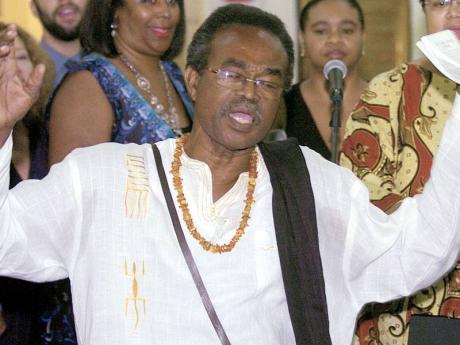 In a celebration befitting the festive season, Hollywood-based Jamaican stuntman Roy T. Anderson gave the media a taste of history with an Afrocentric preview of his soon-to-be released film, Akwantu, which tells the story of the Jamaican Maroons.

The environment for the launch last Friday was set with the sound of drums, the abeng and dancing women.

The echo of the abeng inside the Institute of Jamaica Lecture Hall on East Street in Kingston was delightful.

Funded, narrated and directed by Anderson, Akwantu - The Journey takes its viewers on a journey into Maroon, African and Jamaican history.

Executive director of the Institute of Jamaica, Vivian Crawford, pointed out the appropriateness of the film during Christmas.

According to Crawford, it's a season to celebrate ancestry.

A short version of the film was shown to media practitioners, who wanted more at the end.

Publicist Paul H. Williams, representing Akwantu, said he was honoured to represent a movement that involved the celebration of Jamaica's rich culture.

He then invited Colonel Frank Lumsden, who spoke on behalf of the Maroon community. Colonel Lumsden said the movie directors had made promises that they would document the history of the Maroons.

"This is an extraordinary moment for us ... . There is so much history here ... . This movie will have the same relevance of the Young Warriors, and people all around will appreciate it," he said.

Professor Verene Shepherd of the University of the West Indies, Mona, also spoke in reference to the season.

According to Shepherd, during Christmas, Jamaicans should take some time to recall the ancestors who died for freedom.

She also said that the history of the Maroons could not be told too often. According to her, a discourse on the subject could never be closed.

Minister of youth, sports and culture, Olivia Grange, had her speech delivered by Sidney Bartley, the principal director of culture and entertainment.

According to Grange, Anderson should be commended because it took much courage and resilience to complete the film.

She also stated that there was always a story to tell about the journey of Jamaicans that helps to deal with the legacy of colonialism.

She also disclosed that Akwantu would be included in the programme for Jamaica's 50th Independence celebrations next year .

Grange further stated that she plans to approach the Ministry of Education in an effort to provide access to the information for children.

Anderson, the director of the film and a descendant of Maroons, said the filming process was very emotional. He explained in a video clip that he traced his family lineage and discovered that his ancestors were Maroons.

"For too long, too long, Maroons have been Jamaica's best kept secret. The Maroon history should be celebrated and the time is now," he said.

The self-funded film will be officially released on June 17, 2012 and Anderson hopes to broadcast the final product at international film festivals.

That dream, he said, would be more easily realised if corporate sponsors would join the movement.

"The film was independently funded because I wanted to tell the story freely ... . I aimed for objectivity and telling it as it is. However, it would be a plus to have members of corporate Jamaica coming onboard to push the film onwards," he said.

Anderson ended by saying that seeing the film will clear up many misconceptions about Maroons.

"After viewing this film, you will have more appreciation for their courage and more respect for what the Maroons did," he said.

The curtains were brought down on the launch by the Charles Town Maroon drummers and dancers, who were thoroughly entertaining.