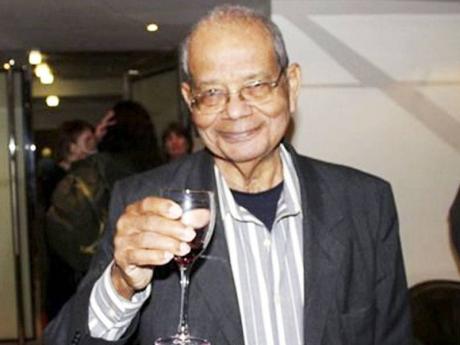 Barry Reckord, a trailblazing, internationally lauded Jamaican playwright, producer, actor and author, died on Tuesday, at 85. He spent most of his life in England, but, in ill health, returned to Jamaica about five years ago.

He died in Boscobel, St Mary, where he had been living with his younger brother, Lloyd, also a multifaceted theatre practitioner.

Educated at Kingston College and Cambridge University, which he attended on an Issa scholarship, Reckord produced his first play, Della, at Ward Theatre in 1953. Five years later, under the title Flesh to a Tiger, it was produced at London's Royal Court.

Reckord wrote several more plays for the Royal Court in the late 1950s and 1960s. The author of more than a dozen plays, which were produced for stage, radio and television, he also wrote Does Fidel Eat More Than Your Father: Conversations in Cuba (Signet, 1971), following his trip to that country.

The opening of that book shows Reckord's strong social conscience:

"I went to Cuba to find out how the performance there matched the rhetoric.

"Few West Indians can live as émigrés in London, as I did, without feeling guilt, and mine took the form of an increasing interest in Caribbean conditions and politics: if I wasn't experiencing them I ought, at least, to worry about them. After coming down from Cambridge in 1953, I made the occasional trip home like a tourist; but a point comes at last - this is happening to more and more people in my situation - where the absurdity of this becomes intolerable and one decides that one must go home and, at any rate, try to participate in the life of one's country instead of pronouncing on it from a distance."

That social conscience is also evident in most of his plays, including his first published one, the award-winning Skyvers (Royal Court, 1963), about the life of working-class teens in a London school, and The White Witch of Rose Hall, first produced in 1975 at the Creative Arts Centre, Mona.

The three plays mentioned were published late last year by Oberon Books, London, in For the Reckord: a Collection of Three Plays by Barry Reckord, edited by Yvonne Brewster. Just last week, Skyvers was given a BBC Radio 3 production.

According to Brewster, Barry Reckord and Nobel laureate Derek Walcott were the two Caribbean playwrights who were the most "intelligent and questioning" about societal issues.

"These men have concepts that are great and deep. Derek's concepts are usually racial, Barry's are usually sexual," Brewster said. She was in England in 1962 when "four great black playwrights" - Reckord, Nobel laureate Wole Soyinka, Errol John and Walcott - were working there and Reckord was the most popular at the time, she said.

Reckord - along with his brothers, Carol (who appeared in the first James Bond film, Dr No, largely shot in Jamaica), and Lloyd (an actor, producer, director and playwright) - was nationally recognised with a Silver Musgrave Medal.