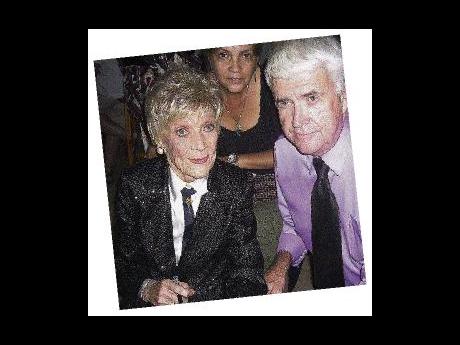 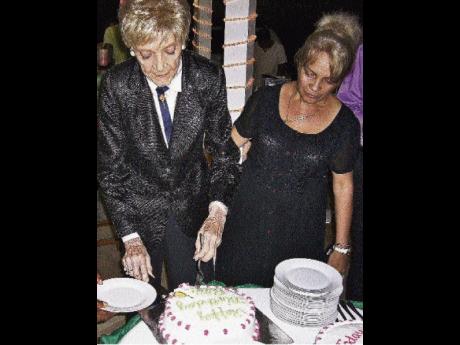 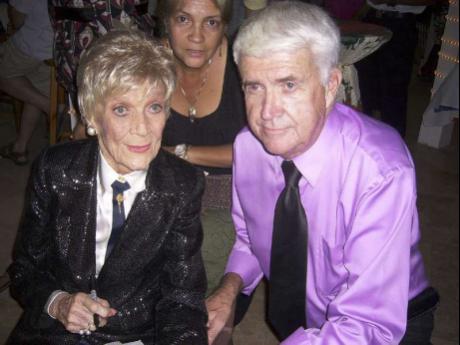 Patrice Wymore Flynn in a photo opportunity with Dale Westin, with Westin's wife Mary-Bell in the background, pose for the camera. - Contributed
1
2
3

Patrice Wymore Flynn turned 85 years on Saturday, December 17, but friends from across the globe sprang a pre-birthday party for her the day before at the picturesque Errol Flynn Marina in Port Antonio, Portland.

It was a fitting occasion, marking more than 40 years since the former dancer/singer/actress took up permanent residence in east Portland on an estate and farm, famous for cattle rearing.

Flynn, widow of the former Hollywood legend, Errol Flynn, smiled and chatted with friends and well-wishers who turned out in large numbers at the pool bar. The warm and friendly former actress spent the better part of the evening signing autographs of portraits displaying scenes from the movie Ocean's Eleven in which she appeared.

In a brief talk with Outlook, Flynn said she starred in a least 15 movies alongside famous stars, including Kirk Douglas, Randolph Scott, Frank Sinatra and her late husband, Errol.

Servings of the popular rum punch were used by guests to toast Flynn. The high point of the night was the cutting of the birthday cake that she executed, assisted by Mary-belle Hernandez Westin, wife of Dale Westin who manages the Errol Flynn Marina.

Another special treat was a video presentation featuring several clips of Flynn and her late husband. All this was enjoyed against the beautiful backdrop of the nearby Ken Wright shipping pier, washed in the moonlight reflecting on the water that extended all the way to Navy Island.

Among the other guests present were businesswoman Marcia Lawrence, Gordon Townsend of Bay View Villas, journalists Margaret Gouron and Everald Owen, Arthur Patterson, and Robert Florea, chairman of the board of directors at the Portland Rehabilitation Centre Homeless Shelter.