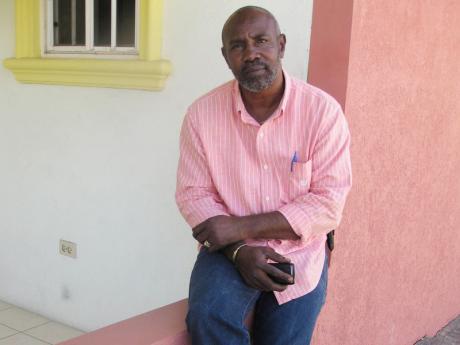 Just over a year ago, when expanded polysterene (EPS) geofoam was used on a section of Highway 2000 between the entrance to the wharf and the toll booth for traffic entering and leaving Portmore, there were those who had doubts.

Those were, Keith Edwards said, "people who did not have any knowledge about the material and its use. Perhaps that is why it is not used more".

The geofoam has passed the test of heavy traffic and weather conditions with flying colours - as Edwards knew it would. "It is not biodegradable. That material can be there for 100 years," he said. The product has also been used to support a bank's parking lot in Christiana, Manchester, which had suffered from land slippage.

It is manufactured in blocks at his Free Form Factory off Spanish Town Road, St Andrew, Edwards saying that an engineer from France brought in by engineering firm Bouygues to deal with the sinking section of highway was happy to find that the EPS geofoam was made in Jamaica. "He knew of the use and strength of the material. He was taken to our factory and was very surprised, pleasantly, that we had this facility in Jamaica. They put us through some tests to see if we had the capacity and we had to make adjustments. We had to buy equipment to test the density of the foam. We got the job, we supplied the foam based on the requirement," Edwards said.

The blocks of foam are manufactured in densities from .8 to two pounds per square foot. The material supplied to Bouygues was 1.25 pounds per square foot. The blocs are the end product of a process which begins with the raw material being put in a reactor, which expands them to 50 times their original size. After the blocks are made they can be utilised for different applications, including being cut for architectural mouldings and as part of building systems.

Edwards saw EPS geofoam being used in Canada when he lived there and utilised it in bean bags for his Curved Space business upon returning to Jamaica. That led him to researching the products and seeing that it was used for a range of applications. His first major products were used in the hospitality industry, with the wave of Spanish-operated hotels built in the early to mid-2000s.

He points out that EPS geofoam is especially well-suited to addressing land slippage, breakaways and retaining wall backfill problems, all of which affect Jamaica's roads. "I am sure in the near future civil engineers will embrace it," Edwards said, noting that it can be used in areas where it is difficult to operate heavy machinery.

"We see a bright future. Construction is what is going to drive the economy," Edwards said.