Where will the medals come from? 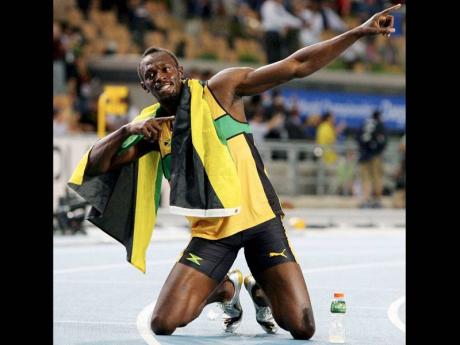 Glorious uncertainty can make predictions worthless. That hasn't stopped fans guessing what will happen at the London Olympics. Jamaica could win 14 medals there, three more than the country garnered in Beijing four years ago.

It even exceeds the 13-medal bonanza from the 2009 World Championships, where our athletes outperformed every other Jamaican team in the history of the sport.

So where will these 14 medals come from?

Men's 100; The 1-2-3 sweep expected for Daegu could happen in London. Jamaica has three sub-9.8 men and World Champion Yohan Blake to choose from. Defending champion Usain Bolt, Blake, Asafa Powell and Daegu finalist Nesta Carter are the front-runners for the three team spots.

Women's 100; In the last two seasons, Carmelita Jeter has taken over as the world's best over this distance. The World champion has times as fast as 10.64, 0.09 better than Jamaica's record 10.73 by Olympic champion Shelly-Ann Fraser-Pryce. If fully fit, the little dynamo is probably the best Jamaican prospect because of her consistently fast start.

Veronica Campbell-Brown will be driving hard for the only major sprint title that has eluded her in an illustrious career.

Men's 200; There won't be a sweep here. World silver medallist Walter Dix is just too good. However, though he ran brilliant times of 19.70 and 19.53 seconds in Daegu and Brussels, respectively last year, Dix will have to improve to be considered a gold-medal threat if Bolt and Blake arrive in London fit.

Women's 200; The picture will be foggy until Allyson Felix reveals her plans. If she runs the 400 as well, VCB and Jeter will take advantage. A win for the Jamaican will make her the first to win this event three times.

Men's 400; At this point, it's hard to see the men's medals going to anyone else but 2008 champion LaShawn Merritt, 2004 champion Jeremy Wariner and world champion Kirani James. However, James and Jermaine Gonzales have similar personal bests - 44.37 seconds for the Grenadian to 44.40 for Gonz.

Uninterrupted preparation could put Gonz in the sub 44.30 range.

Women's 400; If Shericka Williams regains her silver-medal form of 2008 and 2009, she has a chance to win. If Felix runs this event, she will medal. If Sanya Richards is fit, the 2009 World Champion should win. That's a lot of 'ifs' for an event where Amantle Montsho of Botswana is the world champion.

Sprint hurdles; Right now, the expectation is for finalists and not medallists in the men's 110 hurdles where Dwight Thomas is Jamaica's leading man, and the women's 100 hurdles where Brigitte Foster-Hylton seeks the only major gold medal that has eluded her.

Women's 400 hurdles; No woman has ever won this event back-to-back in the Olympics. Melaine Walker could change that in London. It won't be easy as World Champion Lashinda Demus is formidable.

Fourth in consecutive World Championships, Kaliese Spencer is due a medal.

Sprint relays; Jamaica is so deep in the 100 that our men should win. The women are great too, but were outrun by the USA in Daegu. The Americans could be even better if Felix runs just one individual event.

4x400 relays; Jamaica's women have solid medal prospects after bronze in Beijing in the last Olympics and silver in the last two World Championships. The men took third place in Daegu after the Bahamas sent a substandard team out to run the heats. That saw the elimination of the Olympic/World silver medallists.

If the schedule remains the same, Bolt won't run and that will limit Jamaica to a shot at the bronze medals.

Time has a way for making long-range predictions worthless. For that reason, these predictions will self-destruct in five seconds.