Phillips, the untested boss of the economy 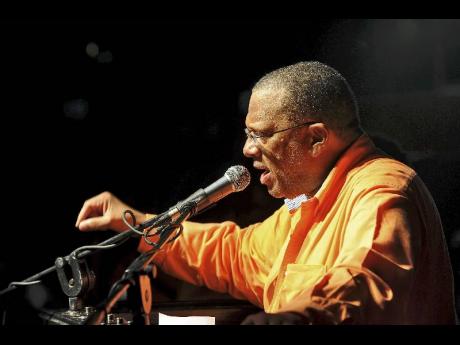 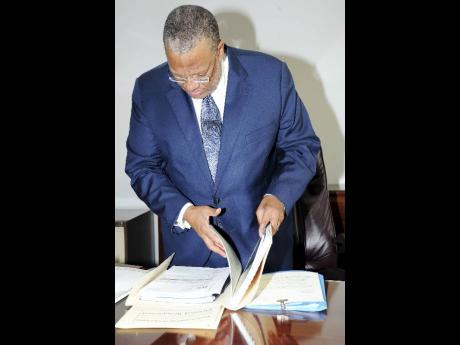 Peter Phillips has one of the most diverse résumés in governance with a breadth of experience spanning two decades, but his current job puts him in a new and complex field that he will have to learn through immersion.

The political economist, who turned 62 on December 28, has previously run three different ministries over a dozen years under his old boss P.J. Patterson, but none parallels his current portfolio as Minister of Finance, which he shadowed for less than a year before his appointment.

The scope of the office suggests this will likely be his most taxing role, but Phillips thinks he is ready for it, because of his academic background - and having sought guidance from a panoply of experts as opposition finance spokesman.

"Development studies was one of the areas of my doctoral studies; in that sense, it's an evolution, a natural evolution," said Phillips who, in a former career, was an academic lecturing in government at the University of the West Indies.

The minister made those comments a day after he was sworn into office - not enough time for him to be immersed in the weeds of the job. That starts next week when the first set of IMF meetings kick off in Kingston.

Phillips' first ministerial posting was special projects inside the Office of the Prime Minister in 1992. His first portfolio appointment came three years later as health minister in 1995.

Patterson later upped the ante on Phillips as minister of transport and works in 1998. And another three years later, in 2001, after Phillips had progressed on reforms of the transport system, he graduated to an even more challenging job as minister of national security and retained the portfolio until 2007 when his party was voted out of office.

He concurrently held a series of party positions, but lost out to Portia Simpson Miller on the one he most prized - party leader - in early 2006. He challenged Simpson Miller again three years later, but lost again.

Phillips said the only one of the appointments that surprised him was health, saying he told Patterson it was a role he never contemplated for himself, given his background.

As manager of the economy, as well as financial controller and keeper of the treasury, Phillips' every move will be scrutinised by the market, as well as the ratings agencies whose reviews affect the cost of borrowing.

The Government owes its bankers and internal bondholders J$869 billion and its external creditors US$8.67 billion (J$750 billion). It spends more than J$130 billion per year in interest payments.

The minister stressed the importance of macroeconomic stability and curtailing the debt; and says Jamaica must "live within its means", which means less reliance on borrowing.

Phillips said he understands the "sensitive" nature of the job, and plans to be pragmatic and methodical in his approach to managing the ministry.

For that he has a formula, a "basic simple system" applied to all new job positions, which he laid out for the Financial Gleaner:

Try to understand the issues;

Define a set of priority tasks;

Work out an approach to tackling those tasks

Work out a clear pattern of communicating your strategy to stakeholders; and

The new Simpson Miller administration, which was voted into power on December 29, has already caused some stir in the international capital markets - by seeking to replace the International Monetary Fund agreement negotiated by their predecessor and rolling back the plan for large job cuts in the public sector - and investors are being warned to be wary of Jamaica's debt (see story on Page 7: UBS tells investors to be wary of Jamaican debt).

Phillips, who kicks off meetings with the IMF next week, is keeping his counsel on what his team of advisers will eventually look like once he is settled in the job and has sufficiently absorbed elements of the portfolio.

He retains the team he inherited from political rival Audley Shaw, even though he wants to shape a different economic programme that is less austere or, as Phillips puts it, applies the medicine in a way that does not kill the patient.

Phillips, who has a doctorate in international political economy & development studies and is a Fulbright scholar, asserts that his academic background has prepared him for this job.

"I'm conscious of the specific quality of this challenge, but I don't feel daunted by it," he said.

"In many ways, this is a better fit for me in terms of some of my own academic intellect preparations and interest in economic growth and development."

Asked whether he was carefully signalling continuity with the retention of Shaw's team because he was untried in the finance portfolio and would not want to make the private sector and capital markets nervous, Phillips said the approach he is taking is typical of his style whenever he takes on a new job.

"It doesn't really have to do with being untried. It would be unwise for anyone to simply go into a place, and rely on second- and third-hand judgements," he said.

"It is clear that jolts, uncertainty, instability sap confidence ... . We are not seeking to destroy confidence in economic policy."

"The last thing I would want going into big challenges, like the negotiations with the fund, is to have everybody being insecure - looking over their shoulder - as to what their status is," said Phillips.

The IMF talks are expected to guide the next budget, which is traditionally presented in April.

The finance minister also said he would be reviewing contracts entered into by the previous administration - he named the Jamaica Development Infrastructure Programme and the unbudgeted bus purchases as two examples - but said the process would not be rushed and the findings would be reported on in time.

But for right now: "What I want is for people to get down to work."