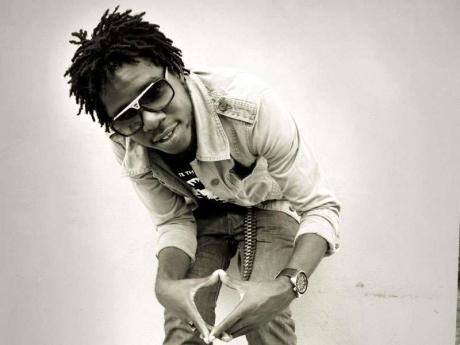 Chronixx - Contributed
Krista Henry, Staff Reporter
If you love music from your heart, you can do no wrong is the philosophy of upcoming artiste Chronixx.
The 19-year-old singer is quickly earning a reputation on the live-music scene with his sweet voice and even sweeter lyrics.
Son of singer Chronicle, Jamar ‘Chronixx’ McNaughton believes he was born to do music.
“Chronixx is a yute with an open-minded approach to music. I’ve been doing music all my life, I’ve never worked a day in my life outside of music,” he told The Sunday Gleaner recently.
His father, a musician, recognised his talent and nurtured him in an environment in which he could grow into whatever area of music he chose. Always accompanying him to the studio, Chronixx grew up around the likes of Burro Banton, Norris Man and the legendary Gregory Isaacs.
Always exposed to music
“I was always exposed to music, its the whole environment I grew up in,” he said.
Chronixx confidently set out to make his mark in the business by writing his first song, Rice Grain, at only five years old. By age 11, he was a choir director and worship leader, coached by Danny Browne. At that age he recorded his first song, a gospel number, which was never released.
Chronixx’s journey took him from choir director to background vocalist for Jermaine Edwards and reggae artiste Lutan Fyah.
By the age of 16, Chronixx had begun producing and building rhythms for artistes such as Konshens and Munga Honorable. One of his popular rhythms was the Freezer rhythm for Icebox Records. Today he still produces, but for his own songs.
He is currently working with Romaine ‘Teflon’ Arnett of ZincFence Recordz and Special Delivery from France.
“My music is just a symphony of all my favourite genres and artistes. The music is a blend of everything or what I call world music,” he said.
Last year, he released songs such as Behind Curtains, which earned him a nomination for ‘Best New Artiste’ from Uptown Radio in Kenya. He soon followed up with Start A Fire and African Heritage.
Thus far, he has performed at Plug N Play, Jamnesia and Wickie Wackie Live.
Yesterday at Rebel Salute was the first time Chronixx graced a large stage. Chronixx credits his versatility and his professional stage presence to the early lessons he received from his father, who always shared his own experiences and encouraged his son to go one step further with each performance.
Chronixx will be releasing his first video for the single, Warrior, in 2012. He will soon be releasing his collaboration with upcoming singer Kelissa called One More Try.
“I want to continue producing a different quality of music, its not about the awards for me, it’s so that one day I can look back and say, Chronixx has done his part,” he said.