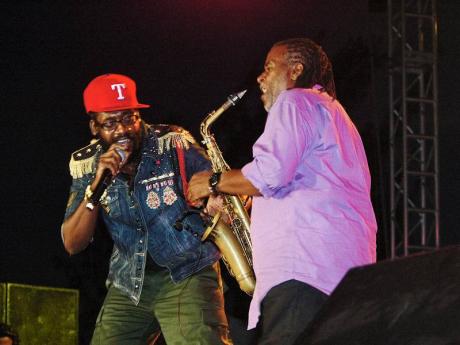 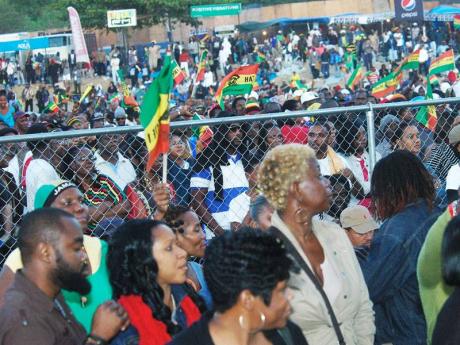 The crowd at Pepsi Rebel Salute is littered with the colours of Rastafari. 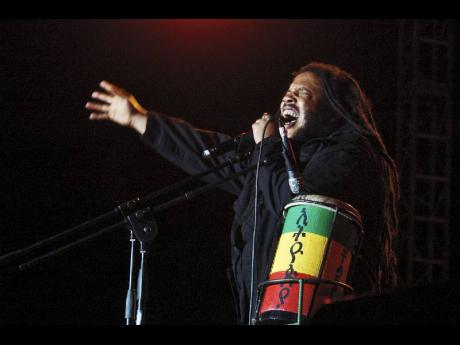 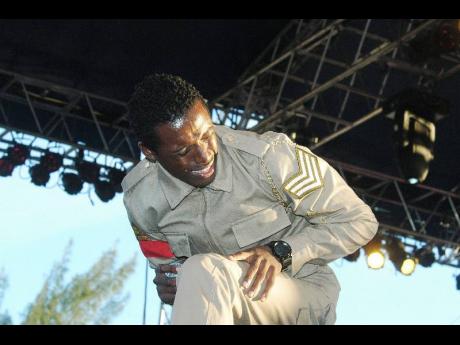 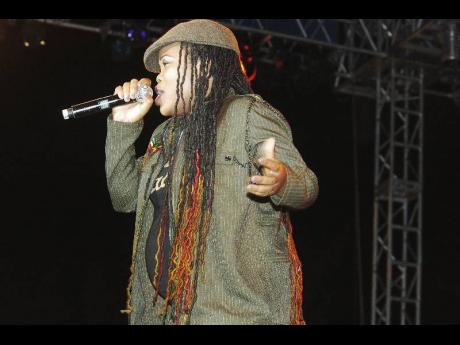 A pregnant Queen Ifrika still did not disappoint. - Photos by Adrian Frater 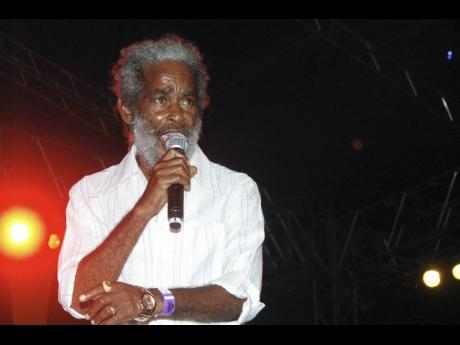 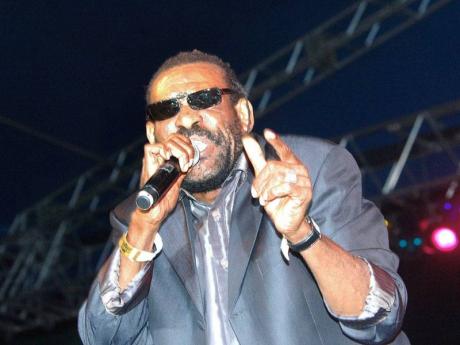 While the performances were generally quite good, it was not all dandy at Saturday night's 19th edition of the Pepsi Rebel Salute as truncated sets from some top acts left some fans disappointed.

In fact, during Capleton's short-but-energetic set, which closed the performances, some appreciative fans had the Port Kaiser venue in St Elizabeth rocking under the combined assaults of shrill screams, a sea of waving red, green and gold flags, and blazing cardboard boxes, as he dazzled with songs like,Slew Dem, Dem No Like We, Woman Me Lotion and Small World.

While the early acts such as Jah Cutta, Jahdore, Prophecy, Cali P, Cen C Love, Pessoa and Jah9 were all very good, the real fireworks started with the veteran Max Romeo. He was as crisp as a compact disc, belting out reggae classics such asWar Inna Babylon,Macabee Version,Babylon RaidandLet the Power Fall On Ito screams of appreciation.

The atmosphere hit fever pitch with the advent of the energetic Leroy Gibbons, who was masterful. It was a case of hit after hit, as patrons reacted with glee to songs such asFour Season Lover,Missing You,End of Time, CupidandShe Love Me, which earned the artiste one of the night's few encores.

Riley, who has clearly stepped into megastar status, was flawless, reeling off songs like Shakazula Pickney,Battlefield,Friend/Enemy, Stay With You,She's Royal andGood Girl Gone Bad.He was ablyaided and abetted by his mentor Dean Fraser, who had the audience in awe with an excellent cover of Buju Banton's,Untold Story,on his saxophone.

Stephen Marley, who shared his set with his internationally acclaimed deejay brother Junior Gong and two members of his Ghetto Youth camp, evoked pleasing memories of his late father, reggae king Bob Marley. He was soulful and compelling as he mesmerised with songs such as,Iron Lion Zion, No Cigarette Smoking, and Made in Africa. His collaborations with his brother; and a breathtaking rendition of Haile Selassie Is The Chapel,were cherished moments.

General Trees, Virgo and promoter Tony Rebel all performed contrasting sets, which created different emotions with the fans. The 'General' had the fans in stitches with his witty dance moves and hilarious lyrics on songs like Bible and Key,Wha Eye Nuh SiandLick Him But Nuh Kill Himwhile Virgo had the fans nodding with approval as, sometimes, with tears in his eyes, he stood tall on songs like, Serious Time, Feels It Knows It and Taking You Home.

After being beautifully serenaded by his 12 children, who then assisted him in cutting his 50thbirthday cake, promoter Tony Rebel, in a remarkable show of gratitude to the fans for their support over the years, delivered a fabulous hit-filled set which included,Chatty Chatty Mouth, Just Friends, Know Jah, Fresh Vegetable and I Can't Recall.

Admiral Bailey was working up a good head of steam and looked all set to rip the place apart, but had his set cut short by the stage manager, who indicated time was up after he had the crowd rocking with songs like,Big Belly Man,Jump Up andOld Time Sinting.Queen Ifrika was not her usual energetic self as the extra weight limited her mobility, while Maxi Priest and Luciano were both charismatic without overextending themselves.

The likes of Eric 'Mr Festival' Donaldson, Edi Fitzroy, Johnny Osbourne, Errol Dunkley and Johnny Clarke all rolled back the clock as they had the fans screaming and dancing when they were not playing the role of back-up singers/choir.