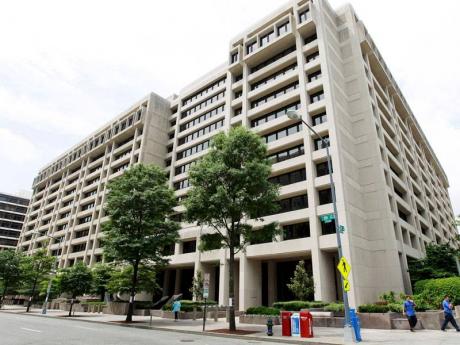 The International Monetary Fund (IMF) said Wednesday that it is aiming to increase its financial firepower by around US$500 billion so it can issue new loans to help ease a worsening financial crisis.

Responding to speculation surrounding its funding requirements, the Washington-based institution said its staff estimates that countries around the world will need about US$1 trillion in loans in the coming years. Most of the concerns center on the 17 nations that use the euro and their debt crisis.

Thanks to about US$200 billion that European countries have promised the IMF, it's more than one-third of the way to its fund-raising goal.

The IMF has put up about a third of the financing of the Eurozone's bailouts over the past two years. But there are growing worries that non-European countries will also need more help because of the worsening economic outlook.

Earlier, its sister organisation, the World Bank, urged emerging countries to be ready for a severe global downturn if the crisis in the 17-nation Eurozone intensifies.

The Eurozone, in particular, has been pushing countries around the globe to give more funds to the IMF. The idea is to build up a larger firewall to stop the continent's debt troubles from spreading to large economies like Spain, Italy or even France.

But so far, even countries relatively flush with cash, like China or Brazil, have been reluctant to put up more money for Europe. So has the United States (US).

The Obama administration said Wednesday that it had not changed its opposition to further US support for the IMF to handle Europe's debt crisis.

"We continue to believe that the IMF can play an important role in Europe, but only as a supplement to Europe's own efforts," said Treasury Department spokeswoman Kara Alaimo.

Eswar Prasad, a former top IMF official who teaches economics at Cornell University, said emerging market countries may have started to see the need for such support because Europe's debt crisis has begun to cut into their exports. He said also that concern about possible European bond defaults is triggering a flight to safer bonds. That means less capital is flowing to emerging markets.

"There is a sense among many countries that the problems of Europe are beginning to wash up on their shores, so some action must be taken," Prasad said.

"The United States is almost certainly not going to put any more money on the table," Prasad said. "Even if the administration wanted to do it, there is little chance they could get it through Congress."

British Prime Minister David Cameron said Wednesday that the government would be prepared to back an increase but that he would require approval from his Parliament.

"We believe the IMF must always lend to countries, not to currencies," Cameron said at a news conference with Italian Premier Mario Monti. "We would only act if that was with others, not just as part of a Eurozone measure.

But Cameron said it's up to the Eurozone itself to prove that it's "standing behind its own currency".

"To my knowledge, my country has not cost a penny to the UK," Monti said. "I don't see a reason why this should change in the future."

How the IMF's fund-raising goal will be reached is set to be discussed at a meeting of finance ministers of the Group of 20 leading economies in Mexico next month.