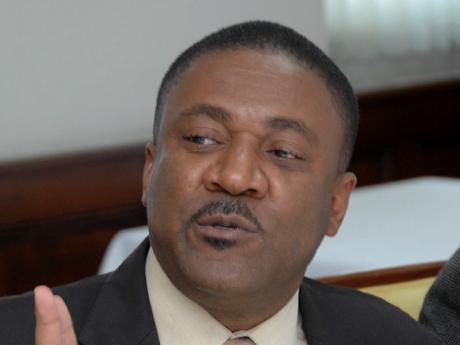 Phillip Paulwell, minister of science, technology, energy and mining, has given himself three years to break the back of Jamaica's energy problem, at the end of which he predicts a more than 50 per cent increase in peak electricity demand, fuelled by economic growth and consumer expectation of lower prices.

Paulwell also made it clear that the new People's National Party (PNP) administration was open to Jamaica's power plants burning coal and petcoke, cheap fuels that often find themselves in the crosshairs of environmentalists because of their high carbon emissions.

"I am a believer of coal and petcoke. We should be up and running with this in another four to five years," Paulwell said, adding that the Venezuelan market is a ready supplier of petcoke.

He acknowledged the environmental concerns, but argued that that was a "trade-off" in a move towards the cheaper energy that is necessary for a competitive economy.

"We have a problem," Paulwell told a group of Gleaner editors and reporters during discussions at the newspaper's offices in Kingston. "Our people are poor and unemployed ... . The trade-off is there."

Electricity consumption in Jamaica up to the latter half of the last decade grew at around six per cent a year, significantly outstripping the annual average growth of one per cent in the formal economy. Peak electricity demand during that period was between 650-700 megawatt hours.

But the stagnation of the past four years, combined with higher price for electricity, have driven down both consumption and peak demand for power. Peak consumption now hovers around 630 megawatt hours, a drop of as much as 10 per cent.

Jamaica's high cost of energy, largely because of its reliance on old, inefficient generating plants that burn expensive oil, has borne the brunt of the blame for a lack of a competitive economy, particularly for the manufacturing sector.

While Paulwell expects that general government economic policies will help to reignite the economy and squeeze some growth, he believes that the real fillip will come from what happens in energy. These include delivery on his promised competition in the transmission and distribution of power and the free energy generators to decide on their fuel choices.

In fact, he has already begun preliminary talks on the issue of competition with Jamaica Public Service (JPS), the light and power company that has a monopoly on electricity distribution and transmissions.

Paulwell has given the broad outlines of systems that would allow other electricity generators, on a cost-plus basis, to interconnect to the JPS grid for the transmission and delivery of electricity to their customers. The power companies would also contribute to a universal access fund that would help to finance the development of distribution lines that would be otherwise uneconomic.

At the same time, the Government, except from broad regulation, would pull back from interference with the industry, allowing power generators to decide on their fuel.

In this scenario, JPS would continue with its planned 380-megawatt liquefied natural gas facility that was based on a government request for tender. But in the future the fuel choice of generating plants would be the decision of their developers.

"With liberalisation will come the freedom to determine their energy choice and energy source," said Paulwell.