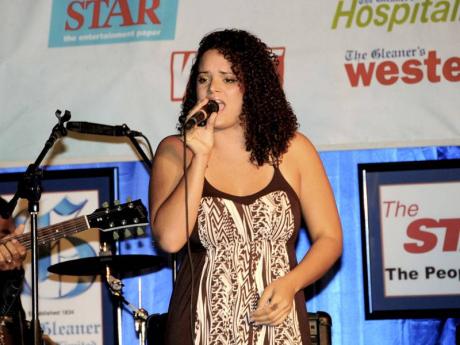 Ruth Royes performing at The Gleaner Company's 'A Taste of Jamaica Jazz and Blues in Kingston', held at The Deck, Trafalgar Road, on Thursday, January 19. - photos by Winston Sill/Freelance Photographer 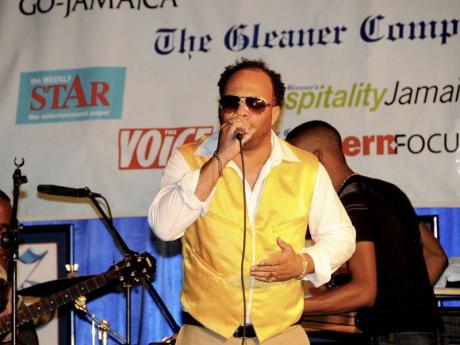 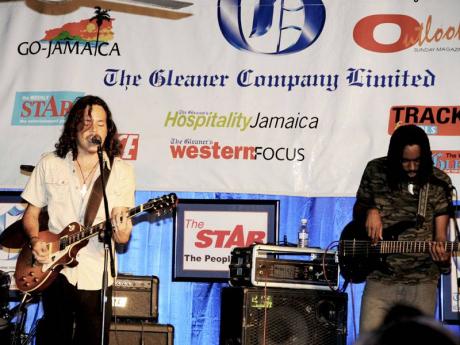 Many answered The Gleaner's invitation to come and have a taste of jazz on Thursday. They were not disappointed. The five acts, Raging Fyah, Stone Dub, Total 5, Noddy Virtue and Ruth Royes, not only dished out jazz, and jazz fused with other music genre, but had patrons wanting "more".

The Gleaner Company's Taste of Jazz got going with vocalist Ruth Royes, the lone female act on the programme. She was one of those who auditioned for a spot on the January 26 - 29 Jazz and Blues talent stage. Royes showed why she made the cut. She got the audience in the jazz mood with Go Dancing All the Time. Subsequently, she served up a reggae-jazz fusion with Just Too Good To Be True and Bob Marley's I Want To Love You. And when the audience called for more, she obliged.

If Royes was the appetiser then former Digicel Rising Star Noddy Virtue was one of the main courses. Seeming to abandon his old performance style, Virtue commenced his stint with Jimmy Cliff's Trapped. Fused with a rock beat, the confident 'St Bess' singer rang musical notes over the small stage of The Deck, located in New Kingston. He next moved into a jazzed-up version of Loving Her is Easy. He concluded his performance with his popular Bed of Roses.

The bands followed, but not before the very talented and youthful vocalists, Total 5, their ages ranging from 14 to 22, according to Dervan Malcolm, the show's MC. But Total 5's performance belied their age. Singing unaccompanied, they began with an African selection, then next switched to a reggae-jazz fusion of Jamaican medley, including I Was Born A Winner and Loving Pauper. They gave a good impersonation with Fats Dominoes' I Love Her.

Raging Fyah and Stone Dub were the two bands on the menu. Stone Dub, like Royes, earned their space on the Jamaica Jazz and Blues stage through the audition route. With their unique number of band members, three, they commenced their performance with Hard Rock and concluded with Please Watch Over Me.

One of the vocalists in the Raging Fyah band is described as similar to Bob Marley. It is a description that is accurate. There was no escaping the similarity when the group rendered songs such as Far Away and their official closing, Behold.

The five acts were sandwiched between a 'Fun and Game Segment' officiated by the Gleaner's Hope McMillan-Canaan. The bubbly presenter had the willing audience members singing, searching and calculating figures for prizes that included tickets to the Jamaica Jazz and Blues show. In the mix of fun, Malcolm gave a very entertaining impersonation of some former politicians.

At the end of the show, Jason Walton of Stone Dub and Marlon Moody of Raging Fyah shared feelings on their band's selection to perform at the Jamaica Jazz and Blues Festival. As individual musicians, of both bands, they have provided accompaniment for other acts on previous Jamaica Jazz and Blues shows. This year, however, it will be different. It will be the first time that they will perform in their respective bands.

"It is the first time I will be singing with my own band and singing my own material. So I am really excited," said Walton, while Moody said it felt good to know that they are getting some recognition and "at least the work that we have put is paying off".