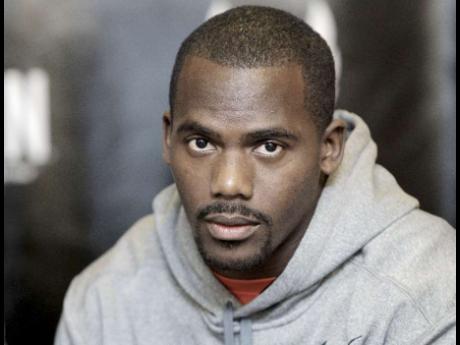 It's easy to get stuck behind the gigantic shadow cast by Bolt's world records and gold medals at the highest level. But Carter is not even big dog in his own pound. That title still belongs to Asafa Powell, his club mate at Maximum Velocity and Power (MVP).

If that wasn't gloomy enough, he must also contend with a fierce fleet of other competitors, upcoming stars like 2011 World 100-metre champion Yohan Blake, just to make Jamaica's team to this year's Olympic Games in London. When they settle into the blocks at Jamaica's national trials in June, it's likely most eyes will be zoomed in everywhere, except on Carter.

But to hear him tell it, right now he's probably in the perfect place.

"Most people don't really focus on Nesta Carter running the 100 metres," he said days before jumpstarting his season in the 50 metres against Powell at the US Open indoor meet here yesterday. "But that's really good for me because it takes off a lot of pressure."

It also provides the 26-year-old former Manchester High student a possible opening to slip his 5' 10", 150-pound frame into the world's embrace.

"Most people would like to see the match-up against Bolt and Yohan Blake and Asafa," Carter explained, "and then, in that same moment, you know I can break through."

Carter has bona fide credentials to make that case. He's the fourth fastest ever over 100 metres, with a personal best of 9.78 seconds. That's superior to Blake's personal best (PB) of 9.82 and his World Championships gold medal time of 9.92.

It cements Carter in a select quartet of Bolt (9.58), American Tyson Gay (9.69) and Powell (9.72), but excludes greats like Donald Quarrie of Jamaica and Americans Carl Lewis and Maurice Greene, all major forces in the event during their prime.

Yet Carter, who sometimes wonders what would have happened if he was born in an era without such an abundance of talented sprinters, knows track is not just about who runs the fastest times. Powell, a former world record holder who has never won an individual gold in the Olympics or World Championships, is testament to that. It's who's fastest on the big day. Burning up the track in Rieti, Carter admits, is not where reputations rise.

That's kept him lodged under the radar.

But even after being a member of Jamaica's gold medal winning 4x100 relay teams at the 2008 Olympics and last year's World Championships, which set world records both times, it remains that way. Maybe Carter deserves more. He'll just have to earn it.

"I don't think I get the recognition that I should," Carter explained. "I can't really change that because, you know, it has to do with the media and how you perform when you should. So, this year I'm gonna work on a lot of stuff so that whenever they're calling out the top names my name will be there."

2012, in Carter's mind, will be his breakout year. He has made changes in his preparations. Carter wants to improve the middle and end of his race.

His first big target is the IAAF World Indoor Championships, March 9-11, in Turkey. It's a meet Powell announced here last week, he too wants to enter as he also re-tools his usual preparation routine by competing indoors.

Carter's goal is to run fast indoors in the 60 metres, this season and return to 2010 form so he can better his PB. That, he hopes, will be good enough to survive Jamaica's "tough" trials and earn a spot in the 100 metres Olympics field.

In the pressure cooker expected in London this summer, no one can predict the outcome. Howling favourite Bolt's disqualification in the World Championships 100-metre final last year is ample warning.

"I tell myself that anyone can win," said Carter.

It's time, he explained, to emerge from that murky mix and claim his own place in the spotlight.

"Every year is always a breakthrough," Carter said. "It's just for you to grab the opportunity. So I think this year will definitely be my breakthrough."