NDTC begins celebration of its 50th 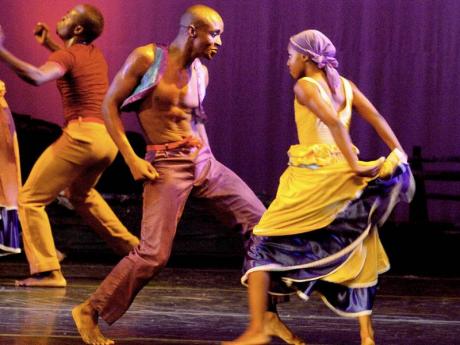 Members of the National Dance Theatre Company perform a piece named 'Gerrehbenta' during a past season. - File photos 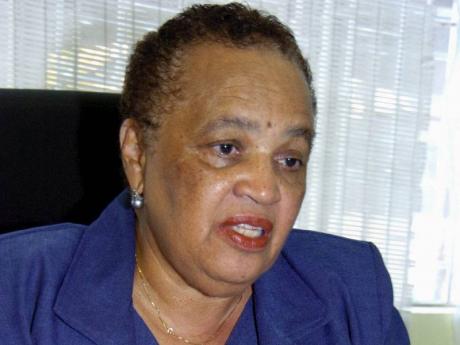 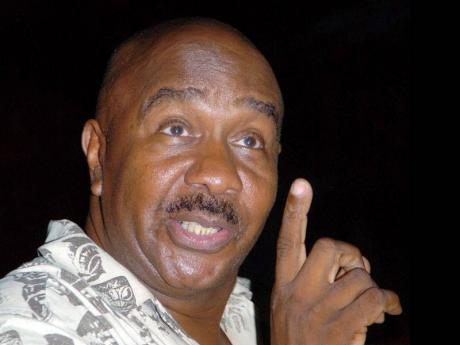 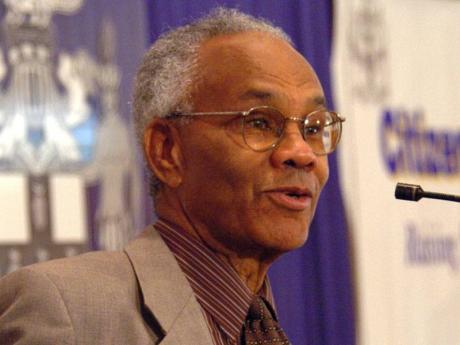 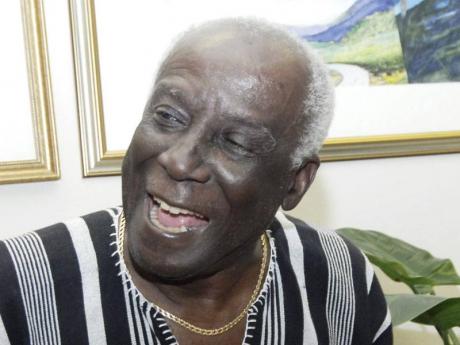 In 1961, at the invitation of Norman Manley, 18 leading dancers from different dance schools were thrown together to form the Jamaica Dance Company. They had no repertoire. The following year, 1962, under the same name, they danced at Jamaica's Independence celebration. But, in September of that year, all the dancers left the original schools that they were part of; and decided to establish themselves as the National Dance Theatre Company (NDTC).

Fast forward 50 years later with an extensive repertoire, many international tours, a studio of their own, a feeder school, many new faces, the NDTC celebrates its 50th year of existence.

"None among them [the founding members] could have predicted that the company would have accomplished all that it has," said Barry Moncriefe, NDTC artistic director, at the Company's 50th anniversary launch last Thursday.

"The company has managed to sustain interest in and support for Jamaican dance theatre over five decades, and is revered as one of Jamaica's most loved cultural treasures. It is for this reason that we remain resolute to our vision to forge out of the Jamaican and Caribbean culture and life, an art form faithful to reality while being a part of a wider world and universal landscape of the creative arts," continued the longstanding company member.

Barbara Gloudon, in her capacity as chairman of the Little Theatre Movement (LTM), lightened the mood at the NDTC Studio, saying: "I am not going to be formal and stiff."

"The LTM and NDTC relationship speaks for itself, we need each other," she said, before continuing to creatively embroider her personal experiences with the NDTC into her speech.

She recounted her first overseas tour with NDTC to Canada as a young journalist at The Gleaner.

"The first tour was a birth of what happened after - to travel the world." There were to be numerous adventures along the way including a "nice time in Atlanta".

With an imaginary glass raised, she said, "We celebrate a part of Jamaica that cannot be destroyed, what a joy you have brought to this country."

With the dance floor of the NDTC studio as the stage, the delightful evening's programme flowed with a message from the chairman of the Rex Nettleford Foundation, Carlton Davis, a vote of thanks from NDTC Musical Director, Marjorie Whylie, and excerpts from the company's' repertoire. The dances were performed by the now generation of dancers.

The dances ranged from works from the young choreographer to the old, from the classic to the contemporary.

The entertainment package danced off with Oneil Pryce-choreographed Barre Talk. It was followed by Clive Thompson's Phases of the Moon. Sandwiched between two of Netleford's works, The Crossing and Odyssey, was a lovely presentation from the NDTC Singers.

Some time later, after the formalities, The Gleaner caught up with one of the seven living, founding members of NDTC, Bert Rose.

He described the journey of the company as wonderful.

"Nettleford had a vision. When we started, we never knew that we would have celebrated 50 years. Only seven of us are still alive out of 18," said Rose.

He further explained that "Eddy Thomas and Rex Nettleford were the two main choreographers. Rex wanted to do something that was Jamaican. And we were not going to copy. So he started with our own folk forms as a source for choreography. We use the Graham principles and the Jamaican style and mix them together to create a Jamaican technique. We do not know if we have gotten it yet, we are still growing."

"Eddy Thomas' first choreography was called Legendary Lovers Leap, and Rex did a piece called Plantation Revelry," Rose said, of the beginnings of the company.

Rose also went on to explain some of the challenges of development the company faced.

"We swept the stage, we painted the backdrop, ironed our clothes, ran box office," Rose said.

"There is no need for the now generation to do that anymore."

As the company developed, they got someone to wash the costumes and hired a costume mistress.

"We had to build a company. They are coming into a readymade company and so things are different now."

Other noted changes over the years are the shift in the choice of musical genre and the incorporation of international choreographers like Cuban-born Edwardo Rivero Walker.

Davis was the MC for the evening. Just a couple weeks into the position, he explained that one of his reasons for accepting the post was his belief that this sort of cultural organisation should be supported.

It represents the best of Jamaica. And what is to be expected under his stewardship?

"One of the things I am trying to do is to put it at a better financial position, on a more long term basis, get people to make commitment."

The year-long NDTC 50th anniversary celebration will continue with the usual calendar events as well as some new ones. The evening was also used to launch the NDTC website.