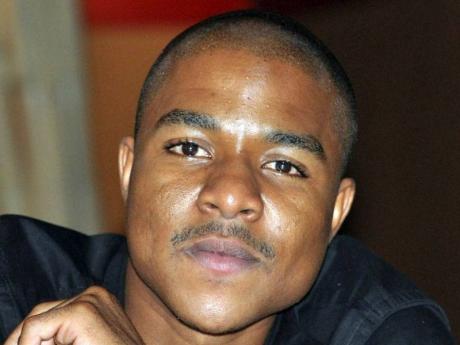 No, the column's title isn't referring to the Jamaica Public Service Company (JPS) (though it could be, considering the electricity monopoly loses billions each year to various inefficiencies). This is about you, the people of Jamaica - the blissfully rabid and seemingly insatiable devourers of electricity.

Actually, the story does start with the JPS.

In March 2011, I wrote: "The JPS monopoly should be discontinued in order to promote more effective and economical distribution of electricity." I'm excited to report that after nearly 50,000 words written by me in these pages - words that have mostly been used to mop up wet bathroom floors, clean up broken glass, and wrap up breadfruit destined for foreign lands - I've finally made an impact.

Three weeks ago, the minister of mining, energy, and information communication technology (all one person, Phillip Paulwell), stewarding the Government's 19 per cent interest in the JPS, appointed three new directors to the JPS board: Professor Gordon Shirley, Fitzroy Vidal, and Professor Evan Duggan (from whom I received my Y-chromosome, among many other things).

The chief mandate of the three is to push the "Government's agenda for achieving liberalisation in the light and power sector" in order to reduce electricity costs (sure, my contribution to the debate isn't unique, and this development is probably coincidental, but please, allow me this brief moment of delusion).

The JPS is evil (or so I've heard), my electricity bill at my new apartment is entirely too high (although I haven't received the first bill yet), and exorbitant electricity costs are partly to blame for Jamaican manufacturers' inability to effectively compete. But why? And what can be done?

It's rare that a columnist gets the chance to have complex questions answered by a subject-matter expert while 'eating a food' at the expense of said expert. Naturally, I seized the opportunity. Professor Duggan was happy to oblige: he discussed conversion efficiency, kilojoules per kilowatt-hour, productivity-improvement factors, and Q-factors.

Growing up the son of a professor, I've become adept at handling these situations: ones in which concepts race over my head faster than Yohan Blake in Daegu. I nodded confidently, smiled, and responded, "Right, right, indeed, indeed."

You would think that having worked in the legal department of a large public utility company, these issues would be easier for me to grasp. But, even back then I had mastered the fine art of nodding and smiling. Some of the ailments and prescriptions as explained by Professor Duggan did make sense even to a layman like me, particularly the need to diversify and optimise our energy sources, improve infrastructure, and combat electricity theft.

But it was energy conservation and efficiency that really caught my attention.

Most of us common folk won't ever truly understand the technical issues involved in electricity prices. We hear kilowatt and think, "Kilo what?" But we can readily understand the benefits of conservation. After all, savings from turning off an idle water heater flow directly to your pocketbook. That equation is simple: save electricity; save money.

But we aren't doing nearly enough of the simple things. In fact, Jamaicans consume electricity at a rate more in line with a wealthy developed country than an overly indebted small nation. Energy-efficient Cuban light bulbs are tools for scandal rather than energy savings. Politicians zip around in gas-guzzling SUVs. Our import-duty regime doesn't even attempt to promote fuel-efficient hybrid and electric motor vehicles.

This is baffling. As The Economist reported, "The only by-product of energy efficiency is wealth, in the form of lower fuel bills and less spending on power stations ... ." Even our own National Energy Policy finds that simply implementing an energy-conservation plan would substantially reduce our energy demand - saving us a whopping $48 billion per year by 2020.

Jamaica is not an island - at least not when it comes to electricity prices, which consist of a complex stew of factors from our dependence on oil to fluctuations in foreign financial markets. Naturally then, our energy solutions are multidimensional and long-term in scope.

But one thing we can do - right now - is to start using electricity more conservatively and efficiently: invest in fluorescent light bulbs, energy-efficient appliances and fuel-efficient vehicles. Government can incentivise these behaviours while setting sound examples: power schools and other government buildings with solar energy, construct a fuel-efficient government vehicle fleet, and make street lights more energy efficient.

Such simple conservation measures would yield considerable savings. Or, of course, we could just continue, instead, to sit back and blame the evil JPS.