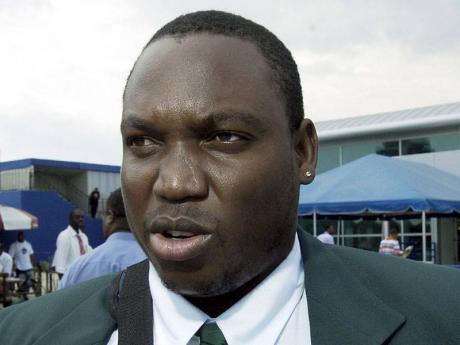 Jamaica's quest to lift the Regional Four-Day Tournament for a record fifth consecutive time will face a litmus test starting today at Sabina Park when they take on arch-rivals Barbados in one of three second-round matches.

The showdown, which is slated to start at 10 a.m. each day, will see Jamaica missing four of their main players - Chris Gayle, Marlon Samuels, Jerome Taylor, and André Russell.

They are currently in Asia, where they are preparing to participate in today's opening ceremony of the inaugural Bangladesh Premier League.

Barbados, on the other hand, who are tied with Jamaica for the record of four consecutive titles, will be at full strength with the likes of Fidel Edwards, Kemar Roach, Tino Best and Sulieman Benn set to lead their bowling line-up.

"We have played without Gayle and Samuels for four and two years, respectively, and that did not stop us from winning the tournament for the past four years," Lambert said, shortly after the team's final training session at the venue yesterday.

"It will be a very competitive game as Barbados has a very good team, especially as it relates to the bowling line-up, that should really test us physically and mentally.

"But having said that, we are a quality team and a confident bunch of players, who can more than get the job done," he added.

Jamaica, in the absence of Gayle and Russell, will seek to bank their batting hopes on the dependable Brendan Nash, Lambert, Danza Hyatt - who missed the team's opening game due to injury - Carlton Baugh Jr, and David Bernard Jr.

Their bowling will centre around the in-form Andrew Richardson and spin twins Odean Brown and Nikita Miller, who over the years tend to perform particularly well during big-time occasions.

Barbados, whose back-to-back titles came between 1975 and 1979, will look to new captain Kirk Edwards, teenage sensation Kraigg Brathwaite and Ryans Hinds to guide their batting exploits.

"Jamaica have done exceptionally well over the past four years, but our job is to be worthy opponents," said Barbados coach, Henderson Springer.

"We have a fairly good team with a new captain in Kirk Edwards, who is doing a lot as far as captaincy is concerned, and with winning on our mind, I am looking forward to us putting up a good show."

Jamaica recorded an 81-run win over the Windward Islands inside three days in their opening encounter at Sabina Park last weekend, with Richardson claiming five wickets in the first innings and Gayle and Russell making 165 and taking three wickets, respectively, in the second.

Babardos drew a bye in the first round.