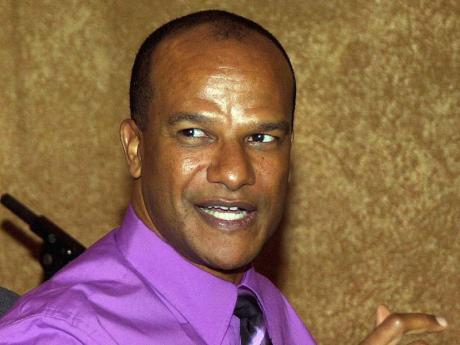 MOUNTING PUBLIC pressure and fears that murders might once again surge out of control have forced the administration into action with National Security Minister Peter Bunting set to address a press conference today on measures to tackle a spike in crime.

Brazen daylight murders in the Old Capital of Spanish Town, St Catherine, and sections of St James in the last few weeks, and reported threats on the lives of police personnel from both the Clansman and One Order gangs have also spurred action from the Jamaica Constabulary Force (JCF), led by Police Commissioner Owen Ellington.

Bunting will today provide an update on the security forces' response to the latest crime wave, during a special Jamaica House press briefing in St Andrew.

Yesterday, Ellington led the men and women of the JCF into a major operation in sections of the crime-plagued Spanish Town. A police operation in the St Catherine North Division resulted in the arrest of more than 80 people.

Blanketing several hot spots in the division, the police and military said it was part of a plan to disrupt criminal activities.

Heavily armed members of the security forces were seen searching premises and individuals.

During yesterday's operation, Ellington and others among the top brass of the force were seen on the ground as the security forces carried out their duties on March Pen Road.

"With a rise in gang violence in the St Catherine North Police Division, which has resulted in 30 murders, plus threats against us, we are happy for his presence," a policeman on operation told The Gleaner.

A cordon and search of premises in the area called Africa led to the arrest of a number of persons.

At news time, it was not known whether the police had charged any of the people taken into custody for crimes committed in the division.

Last week, the police in the St Catherine North Division were placed on high alert following threats from gang members.

Ellington had declared that the police would not cower in the face of threats from gangs but would intensify the fight against crime.