Maximum - US prosecutors call for longest possible sentence for Dudus 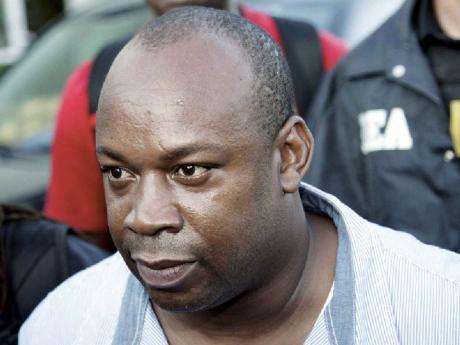 Coke, yesterday, in a motion to the judge, pointed to a 30-page sentencing memorandum filed by the prosecutors on Wednesday as the basis on which he has requested the postponement.

"The defendant Christopher Coke respectfully request that this court allows him to respond," the motion filed by Coke said.

It added that the government has no objection to a continuance in the matter until March 16.

Judge Patterson has not yet responded to the motion.

On Wednesday, the government, in its sentencing memorandum, urged Patterson to imprison Coke for the maximum 23 years. US prosecutors say such a sentence would protect the public from more of his crimes.

Coke is scheduled to be sentenced at 2 p.m. on Tuesday in the Manhattan Federal Court in New York. He has pleaded guilty to racketeering conspiracy and conspiracy to commit assault with a dangerous weapon in aid of racketeering.

"The government respectfully submit that a sentence of 276 months' imprisonment - the statutory maximum sentence and only 14 months above the bottom of the applicable guidelines range is the appropriate sentence," prosecutors stated in a sentencing memo filed on Wednesday.

"Such a sentence will make clear that those leaders of international organisations who commit crimes in the United States and who use violence and intimidation to achieve their aims, harming citizens of two countries in the process, will be punished to the fullest extent of the law," the prosecutors say.

They also pointed to the demonstration in Kingston in which Coke loyalists said they were willing to die for him, as an indication of his power.

The prosecutors say "a substantial sentence - the statutory maximum - is necessary to reduce the risk that Coke resumes his leadership position in the organisation and his criminal activities upon his release from prison and his return to Jamaica".

The prosecutors argue that Coke's history and characteristics warrant the statutory maximum sentence.