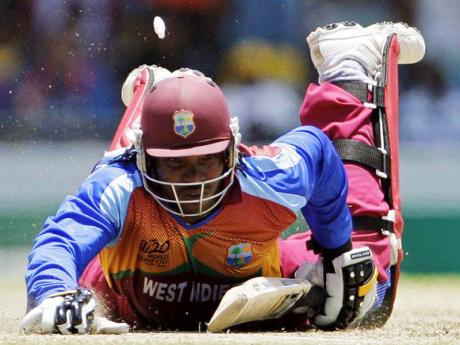 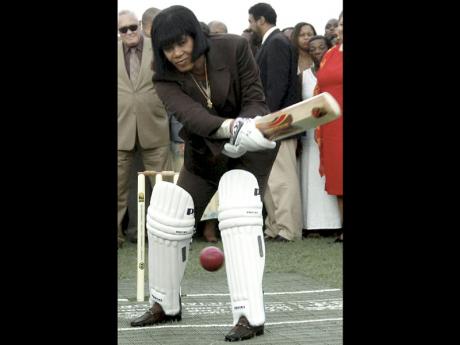 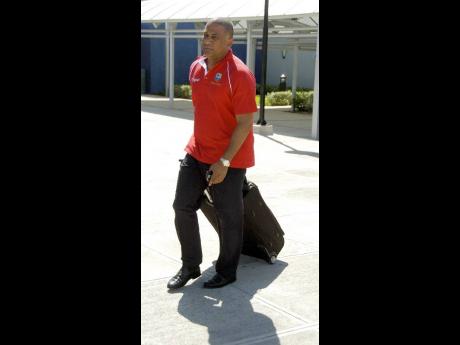 At last, someone with clout has stood up for us long-suffering West Indies fans. God only knows why the previous administration so ignored an issue so dear to the hearts of so many - it certainly was not because of a lack of complaints from those who care.

But better late than never, and Prime Minister Portia Simpson Miller's firm presentation of the facts has finally brought to the fore the issues strangling cricket around the West Indies, and especially in Jamaica.

Cricket in this country has never been at a lower ebb. Crowd attendance at schoolboy and club cricket is virtually non-existent. At regional matches, gatherings of over 500 are now considered 'large'.

Last year's one-day international match against India drew one of the smallest crowds ever for an ODI at Sabina, and the 2011 Test match crowd was indisputably the lowest ever for a Test match held in Jamaica.

Holding the ODI and Test match on working days only did not help, of course, but then this fact also points to the complete indifference of the Jamaica Cricket Association and the West Indies Cricket Board (WICB) to the long-term health of the game. For those of us who regard a weekend at Sabina watching the West Indies as one of our yearly highlights, the 'no-matches-on-weekends' schedule was a slap in the face. No matter what the short-term television benefits, no sport that ignores its diehard fans can survive in the long haul.

Since then, it's been out of the frying pan into the fire, with Jamaica not even being given a Test or ODI for the upcoming Australian tour.

After Mrs Simpson Miller exposed its pathetic hypocrisy, the WICB gave some ridiculous excuse about rainfall for Jamaica not getting an Australian Test or ODI. Well, Dominica is now scheduled to host a Test against Australia in April, despite getting an average of 8.1 inches of rainfall in that month, compared to 2.5 inches for Jamaica. So the WICB is either lying blatantly or doesn't have a clue what it is doing.

Had we been picking the best possible team based on performance, the West Indies' 2011 record would almost certainly have been a lot better. Chris Gayle, for instance, since 2008 has averaged above 50 in Tests and almost 40 in ODIs, while his replacements have struggled to average even 10. So the law of averages suggests that with Chris Gayle, the West Indies would have made about 80 runs more per Test and 30 more in ODIs, and so possibly won every Test and one-day series they played last year. This would have rekindled interest in the game across the region, including Jamaica.

The WICB has apparently decided to punish Chris Gayle for speaking his mind - and his viewpoint seems to be supported by most other players - by making him ineligible for selection to the West Indies. Even if Gayle did speak wrongly, and there is no evidence of this, the WICB has breached its own constitution. This stipulates that when players are accused of transgressing the code of conduct, they should be referred to the WICB's Disciplinary Committee so that the matter can be finally determined.

Instead, the WICB has deliberately dragged out the matter with a series of ridiculous excuses. So Gayle has not played and the West Indies have kept on losing. What a classic case of cutting off your nose to spite your face.

To add insult to injury, they have continued to pick Darren Sammy in the ODI team despite his pathetic record. Now it can be legitimately argued that Sammy deserves his place in the Test team. But how can his ODI selection be justified when he averaged 12 with the bat and 49 with the ball in 2011?

The refusal to pick our best team was not just bad management, it was management going against its own declared self-interest, i.e. the WICB vision and mission statements.

To develop and promote West Indies cricket for the benefit and enjoyment of the West Indian people, its clients and other stakeholders by procuring a consistently high-quality, successful and international West Indian product.

If the WICB and its players shared the same kind of relationship as, say, Cricket Australia and the Australian Players' Association - described on the Cricket Australia Wikipedia page as "a healthy but independent association" - there's no doubt that the on-field performances of the West Indies team would dramatically improve.

While neither the WICB and WIPA can be completely blameless, and despite the personality problems, the fact that all 10 of the disputes referred to arbitration have been ruled in WIPA's favour is incontrovertible evidence that the facts and truth mostly support WIPA's positions.

The WICB continually accuses the players of being greedy, as if there is some sin in them trying to make as much money as they can before their short-lived playing days end. Plantation days may have ended, but the backra-massa mentality still lives on. The Mighty Sparrow's brilliant Kerry Packer makes it clear that the WICB mentality has changed very little in 30 years (http://www.youtube.com/watch?v=vOPkJYLnR6Q).

'A West Indian cricketer must always be broke

Is then he does bowl fast and make pretty stroke

Beg me, please, let them play for West Indies'

Few things stir such passion in me as West Indies cricket. Yet it has been allowed to so degenerate that I'm not sure it can still be saved.

The 'West Indian identity' may well be an idea whose time has passed.

There is little sign of it on the popular Caribbeancricket.com website, where petty 'islandism' seems to override all else. The Windward and Leeward islanders, and to a certain extent the Barbadians, celebrate when Chris Gayle does badly. While the Jamaicans, and in general the Guyanese and Trinidadians, exult when Sammy fails yet again. The concept of 'all o we is one' seems pretty much dead and buried.

The present WICB is dominated by 'small island' politicians who appear to be using West Indies cricket for political ends. Both President Julian Hunte and CEO Ernest Hilaire are St Lucian politicians, and have pushed St Lucian Darren Sammy to be captain. West Indies games are now widely thought to be often scheduled in 'small islands' to boost the ruling parties' chances. For instance, the decision to move the Australian Test match from Guyana to Dominica was announced by the Dominican prime minister on a political platform before the WICB even made a statement.

The WICB's main interest is clearly no longer in the West Indies winning. Our best player, Chris Gayle, has been openly disrespected by WICB officials like Sir Hilary Beckles, who publicly called Gayle a "don". And we are not even getting any games to watch. So how is West Indies cricket serving any purpose for Jamaica? No wonder so many people here are growing disenchanted with the entire notion and saying, "We do well in football and netball and great in track, so why not go it alone in cricket?"

Portia has admirably refused to back down and rightly called the WICB's response to her speech "rude" and "crude". Keep up the fight, PM. The time for behind-the-scenes diplomacy is long past. Only immediate and forceful action can save the English-speaking Caribbean's only unifying force. And if West Indies cricket dies, CARICOM will surely not be far behind.