Garrisons: empires of the dons 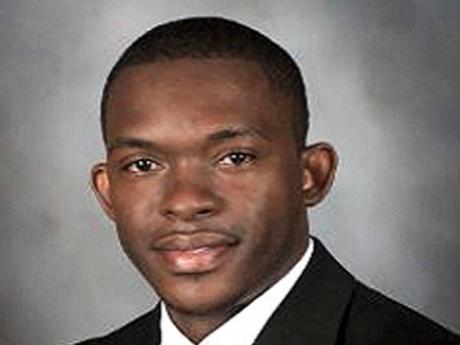 The Jamaican don is a unique figure, created by a divisive and polarised partisan culture, and produced by the social and economic conditions of urban poverty and limited access to legitimate employment.

Dons emerged in a country where social status and prestige are important markers of upward mobility, and what the late Professor Rex Nettleford termed a 'smaddy'.

But who really are dons? How have they come to dominate the geopolitical spaces of garrison neighbourhoods in Jamaica? I view them as governance actors who use both fear and material rewards as tools for achieving and maintaining power inside Jamaica's garrison communities.

I write this article against the background of research I conducted in one of Jamaica's urban communities in the Kingston and Metropolitan Area last year from August to December 2011. This urban inner city, which I will refer to as 'California Villa', is in a garrison constituency and has been termed a garrison community.

I interviewed more than 40 persons who lived and/or worked in the community. I also spoke with civil-society and NGO groups that have worked in garrison and inner-city communities for decades in Jamaica.

One respondent who lives in California Villa remarked, "Don is a leader, a man who decide when the war fi start and when it fi end. Him decide who lives and who dies." I found the pronouncement of the respondent to be both instructive and scary. Like an investigator, I followed several trails trying to better understand who these community figures really are.

The late Professor Barry Chevannes once referred to dons as "folk heroes"; I think in many ways Prof was right. Dons have a kind of social power inside garrison communities that gives them perverse legitimacy, respect, social prestige but, most of all, a deep fear among residents. Residents fear dons and the gangs they lead. To cross paths with, or diss, the don is an almost sure ticket to punishment.

But are all dons the same?

From the research I carried out, I realised that there are different types of dons in garrison spaces; in fact, there are some community figures that have social influence, but are not really dons.

One respondent, who works closely with inner-city and garrison communities, informed me that there are some men called 'boss man' who provide material resources to residents in these communities. They have respect among the youth in the area, but they are, technically, not dons.

Based on my research, a three-tier structure of dons emerges: there is the mega don, the powerful community don, and the lower-ranked street/corner don. Most garrisons, it seems, tend to have street-level dons, with fewer powerful dons and still fewer mega dons.

The mega don operates across garrison communities, is awash in wealth, has transnational links to organised crime (drug and gun trafficking), leads a gang, has legitimate businesses but also organises mega robberies and extortion rackets.

The don is essentially a male (I came across no female dons) who has resources in the form of money, has some political association (loose or strong), has an arsenal of weapons, usually is a leader or top-ranking gang member, has respect in the community (whether out of fear or admiration), and someone who provides some social benefits to the community.

Dons are criminal non-state actors that evolved out of the divisive trade union and partisan battles in Jamaica from the 1940s to 1960s. The term 'don' is a recent one, however, one that gained venom in the 1980s; before that you had 'rude bwoys', 'top rankings' and 'area leaders'.

Damion Blake is an instructor and PhD student at Virginia Tech State University. Email feedback to columns@gleanerjm.com and damionkblake@gmail.com.