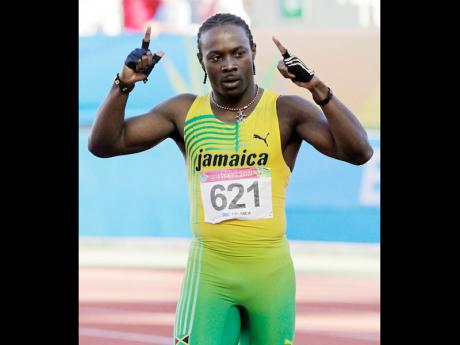 Lerone Clarke will be leading Jamaica's hopes in the 60 metres at the IAAF World Indoor Championships next week, but the 30-year-old is keeping one eye on this year's real showpiece, the Olympic Games in London.

Clarke has been steadily piling up the accolades in recent years, first rising to recognisable acclaim at the 2010 Commonwealth Games, where he won gold in the 100m in the absence of the world's top sprinters, before repeating the feat at the Pan American Games last year.

However, Clarke is yet to experience an Olympic Games and is hoping to upstage some of his more celebrated compatriots at the Jamaica Athletics Administrative Association/Supreme Ventures Limited National Senior Champions, which will serve as the trials for the Olympics.

"I'm really focusing my goals on a successful season and topping that off with making the Olympic team," Clarke told The Sunday Gleaner.

"I've been in several major championships now but I've never been to an Olympic so now I'm hoping to add one to my career," he added.

"I'm convinced it'll be a hard team to make whether in the individual event or the relays, so I'm just trying to be prepared for it all and we'll see how that all goes at the end of June," he said.

A respected sprinter on the indoor circuit, Clarke's 6.47 seconds over 60 - recorded recently in Birmingham, England, is the new national record. However, he has struggled to establish himself among the world's most fearsome sprinters over the longer distance, with his personal best of 9.99 hardly turning heads.

He blames this on his hectic competition schedule, but believes he is now stronger and ready to really compete on the outdoor scene.

"In the previous years I was never really able to spend time securing proper strength like many of the other athletes due to me competing so much so that I could get my name out there and spending less time training," Clarke said. "However, proper strength training this season and late last season may ensure a better finishing ability this year."

"I have feeling only God knows what an individual can really accomplish at any given point in life. So for me, I'm just working hard this season to see where it'll take me," Clarke added in response to the doubts about his ability to truly test the current status quo.

"But to be honest I'm not focusing on any form of criticism at the moment. I compete for fun as well as a livelihood, I take the good with the bad and enjoy the moment," he noted.

Istanbul and the IAAF World Indoor Championships beckon at present, but if Clarke has his way, he'll be stamping a ticket to London in the near future.