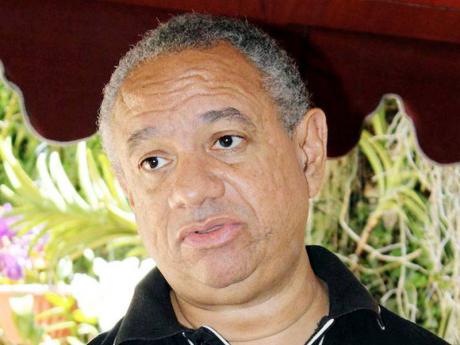 Again, royalty visited and the 'reparations' debate resurfaced. An uncomfortable prime minister announced Jamaica won't seek reparations. Mike Henry offered none for his mishandling of the Jamaica Infrastructure Development Programme, but appointed himself our agent to seek reparations from Britain.

I know the politically correct action is to scream as loudly as possible about the historical blot that was slavery and demand 'reparations' in the hope that we'll get something to help with our current economic woes. Maybe, if we're strident enough, we'll frighten 'them' into offering Greek-style bailouts. Lord, have mercy, you'll see Jamaica grow and flourish.

But, suppose we have no right, in law or morals, to 'reparations'? Oxford online dictionary defines 'reparations' as:

1. Money that's paid by a country that has lost a war, for the damage, injuries, etc, that it has caused;

2. The act of giving something to somebody or doing something for them to show that you're sorry for suffering you've caused. (e.g. Offenders should be forced to make reparation to the community.)

Jamaica fought no war. Although slavery offends our modern sense of justice, it's important to remember Britain did nothing illegal. Not only is Britain not sorry for slavery, it can't be accused of causing any legal 'suffering'. Slavery was a legal institution in Britain and all its colonies, including 13 in America. More than 200 years ago, America fought for independence from Britain and then internally to end slavery. Although we did essay the odd unsuccessful revolt, we didn't declare war against Britain for either independence or to abolish slavery.

The British didn't invent the legal institution of slavery. They followed examples set by others, including Romans, Greeks and Portuguese. Clearly, Jamaica has no legal claim for 'reparations'. Morally, we're equally percolated because the justification for, and moral uprightness of, slavery, like much of man's injustice to man, is grounded in the Bible. The same holy book of Christian dogma that's enslaved more minds than comic-book villain, the Puppet Master; that describes persons as abominations based on sexual preference; that perfect tome touts slavery as a just and moral consequence of being any of sinners (Exodus 22:2-3 "If a thief be found ... , and be smitten that he die, there shall no blood be shed for him ... for he should make full restitution; if he have nothing, then he shall be sold for his theft"), losers (Deuteronomy 20:10-11 "When thou comest unto a city to fight against it, then proclaim peace unto it ... then it shall be that all the people that is found therein shall be tributaries unto thee and they shall serve thee.") or foreigners (Leviticus 25:44-46 "both thy bondmen, and thy bondmaids, which thou shalt have shall be of the heathen that are round about you ... and ye shall take them as an inheritance for your children after you.").

Don't believe this is only Old Testament philosophy. It's confirmed by Jesus' most trusted disciples. Paul, in an epistle to the Ephesians, urged 'servants', whether bonded or free, to "be obedient to your masters ... with fear and trembling ... as unto Christ". (Ephesians 6:5) The apostle Simon Peter did the same (1 Peter 2:18).

So, what would reparations repair? The British did only what their laws and God assured them they were entitled to do. Slavery was legal in England but not in West Africa, where our brothers hunted us down like dogs and sold us to the English as slaves. Perhaps we should be asking Ghana and other West African nations for reparations. Or maybe we should just recognise that the past is past; stop embarrassing ourselves by whining and complaining at royal guests; and move on to assure our financial future through hard work and fiscal prudence.

While I'm on royal visits, don't we know it's impolite to raise contentious issues with guests or in their hearing? We invited Prince Harry and spent $3 million to entertain him. By his conduct, he endeared himself to all and proved that you can be whoever you want to be, regardless of any unfortunate circumstances of birth. He didn't ask to be born an anachronism and has made himself into a decent, young man despite that adversity. He doesn't deserve to be used as a political football by persons adrift from reality or to have to listen to boorish recitations of atrocities he didn't commit. The truth is, we've wasted all opportunities at wealth creation offered by our natural resources. Should we somehow benefit from windfall 'reparations' for perceived wrongs to our ancestors, we'd probably squander those as well.