'The Vibe' heads to TV 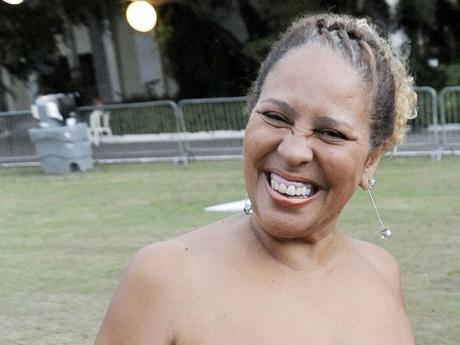 Thame, who was also the producer of 'Our Voices' which had over 500,000 viewers islandwide, believes the television show will be a remarkable comeback.

"I am elated to be back on air. Ownership is so important especially for women. I am very excited about this project and, based on my past experience, it is going to be a huge success," Thame said.

Thame also commented on 'Our Voices' which was, in her opinion, a success story.

"Folks really liked the issues we spoke of on 'Our Voices'. The audience was huge and it was because of the issues we chose to discuss. We were able to break new ground and we aim to do that once more with 'The Vibe'," she said.

Thame, who is the executive producer of the show, teamed up with fellow producer Sonya Stewart to create 'The Vibe', which she believes will add constructive diversity to prime-time television.

"I think it is important to embrace what is around us, some good and some bad. We are dealing with hot topics and we want to broaden our audience and add diversity. The persons we choose to be a part of the show will be well informed on the particular topic," Thame said.

'The Vibe' will be hosted by vibrant, young journalist George Davis and television personality Lauren Dunn. The show will also deliver an element of comedy each week, featuring popular television comedian Dr Michael Abrahams, as well as appearances by invited celebrity guests.

"Viewers should watch 'The Vibe' because we bring to them informative issues that they can relate to," Thame concluded.