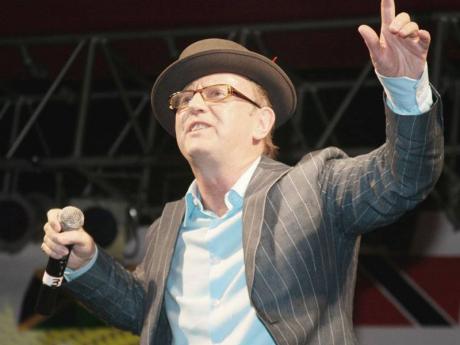 Don't let the 'gentle' in David Rodigan's moniker of 'The Rudeboy Gentleman' fool you, as the selector is poised to make a forceful and explosive debut at World Clash New York (R.E.S.E.T.).

The event is to take place on Saturday, April 7, and Rodigan is to perform alongside Fire Links, Bass Odyssey, Black Kat, Tony Matterhorn, Earth Ruler and Poison Dart (early-bird advance US$45 tickets available on http://www.irishandchin.com).

With a box bursting at the seams with dubs cut by some of reggae music's most iconic figures and modern-day leading artistes, Rodigan is a force to be reckoned with.

Rodigan hit the spotlight recently, not for the first time of course, after His Royal Highness The Prince of Wales honoured the selector with the United Kingdom's fifth highest award, the prestigious Member of the Most Excellent Order of the British Empire (MBE).

The selector has more than four decades of experience playing Jamaican music and it is expected this will give him a significant advantage going into the World Clash.

There is no doubt that David 'Ram Jam' Rodigan will bring the heat to his younger contenders during his first official rumble on the World Clash New York stage.

Additionally, Rodigan is billed as the official opener of World Clash Jamaica, where he is set to deliver a phenomenal set that will include a montage of his famous one-of-a-kind dub-plate selections.

The selector's opening will serve as the perfect prelude to the premier competition, which includes top sounds such as Bass Odyssey, Black Kat, Kilamanjaro, Black Blunt, Heavy Hammer (Italy) and others to be announced.

Over the years, Rodigan has defeated nearly every top sound in the industry at least once.

Over the years, Ram Jam has boldly carried the torch for reggae music and culture with his every move. Whether it's through his role as a prominent selector or famed radio host on London's Kiss 100 FM, Rodigan walks the walk and talks the talk, allowing no one to fill his mighty big shoes.

Much to his credit, Rodigan remains one of the industry's hottest commodities.

With dates booked a year in advance, this selector is clearly in demand. Aside from impeccable clash skills, Rodigan is a sensational juggling DJ. Promoters from all over the world seek Rodigan for high-profile juggling dates, which often draw thousands - young and old. Rodigan's lengthy stint on London's Capital Radio yielded some of the reggae music industry's most notable clashes.

While broadcasting in Jamaica for the station, he invited Jamaican radio host Barry G to be a guest on his show. The two started clashing on air - a first - despite the deep history of sound-system clashes in Jamaican music culture. The clashes were a phenomenon, officially locking down Rodigan's Jamaican fan base. Technically, Rodigan is one of the first 'non-Jamaican' selectors to be wholeheartedly embraced by reggae music fans.

Rodigan's vast accomplishments and accolades set him apart from the rest, making him a prime candidate to win the World Clash New York (R.E.S.E.T.).

Clash fans are anxious to see how the selector will face up against his contenders.