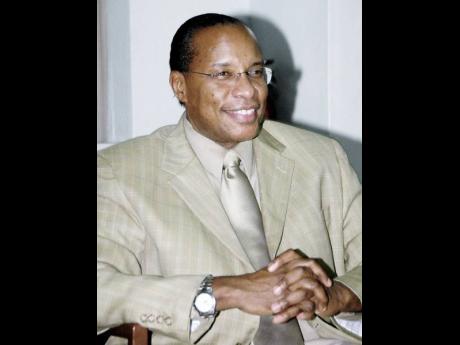 The fraud case of former Cash Plus boss Carlos Hill is to start on October 1 in the Home Circuit Court.

Hill's case was placed on the priority list as his trial was put off yesterday for several reasons.

The DPP was hoping to engage her in a private capacity to prosecute the case, but Gordon Harrison was not available.

As a result, a new deputy DPP has been assigned to take over the case, but Llewellyn said the prosecutor was at circuit court in another parish.

The judge before whom the case was listed yesterday was reported to be ill.

Queen's Counsel Patrick Atkinson and attorney-at-law Valerie Neita Robertson were representing Hill but Atkinson, who is now the attorney general, can no longer represent private clients.

Hill is on bail in the sum of $1.5 million and Supreme Court Judge Martin Gayle has extended his bail.

The former Cash Plus boss is charged with fraudulently inducing persons to invest in Cash Plus. The charge stemmed from the collapse of the five-year-old multibillion-dollar alternative investment scheme which crashed in 2008. Hill is accused of operating a Ponzi scheme - an offence which carries a maximum sentence of seven years' imprisonment.

Carlos Hill also has a fraud case pending in the Corporate Area Resident Magistrate's Court on other charges related to the collapse of Cash Plus.

Hill, his brother Bertram, and Peter Wilson, the former chief financial officer of Cash Plus, are facing the charges of obtaining money by false pretence, conspiracy to defraud and fraudulent conversion.

The three were arrested and charged in April 2008 following the collapse of Cash Plus.