LETTER OF THE DAY - 'No child is born a criminal' 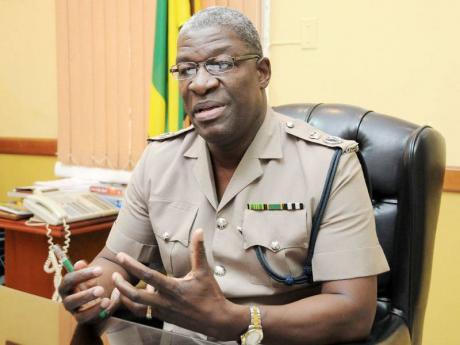 I WRITE in response to an interview of Commissioner of Police Owen Ellington on TVJ's Impact by Emily Crooks. I am aware of the stressful conditions that our officers are forced to endure. I do not doubt for a minute we have a serious crime problem and I am not condemning our officers.

However, there are a few questions I wish to raise. We are always told by the police that what ensues between them and the citizens is a gun battle with criminals carrying 'high-powered guns'. Yet, the end result is, as we are used to: men dead, citizens protesting, and the police saying self-defence. When you think about this, doesn't it seem unlikely that those who die in these battles are really 'dangerous criminals with high-powered guns'?

During the interview, the commissioner also stated a way out to be stiffer penalties for gang members in the form of life imprisonment; but, what about rehabilitation, education and upliftment programmes? How about doing everything possible to rehabilitate those in custody, educate inner-city youths and run programmes geared towards showing them a better way? As Mr Perkins would say 'no child is born a criminal'. What a child becomes is a direct result of the environment in which he/she grows. If all criminals are put behind bars, and there is no upliftment of the families they left behind, what is going to become of their offspring who grow up with nowhere to go and no one to turn to?

I am suggesting that we find ways of preventing our youths from becoming criminals, instead of just finding tougher punishments for them when they become criminals.