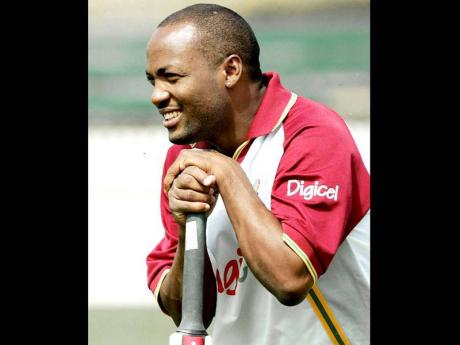 AS THE start of the Australian 2012 tour of the West Indies is set to take place in St Vincent and the Grenadines on March 16 at the Arnos Vale Grounds in Kingstown, I am reminded of the high esteem in which Australia holds outstanding West Indian cricketers. Sir Garfield Sobers is highly respected in Australia, as well as many other outstanding players over the years. On November 27, 2009, Brian Lara was appointed honorary member of the Order of Australia.

Lara's match-winning performance of 153 not out against Australia in Bridgetown, Barbados, in 1999 has been rated by Wisden as the second-best batting performance in the history of Test cricket, next only to the 270 runs scored by Sir Donald Bradman in The Ashes Test match of 1937. Lara has scored centuries against all Test-playing nations

He became the first man to score seven centuries in eight first-class innings, the first being the record 375 against England in St Johns, Antigua, in 1994 and the last being the record 501 not out for Warwickshire against Durham in that same year, which still stands as the only batsman in first-class cricket history to have scored over 500 runs, not out in an innings.

Lara's 375 not out against England in 1994 destroyed Sir Garfield Sobers' record of 365 that had been established 36 years earlier in 1958 in Kingston, Jamaica, against Pakistan.

Muttiah Muralitharan, rated as the greatest Test match bowler ever by Wisden and the highest wicket taker in both Test cricket and one-day internationals, has described Lara as his toughest opponent among all batsmen in the world.

It must also be remembered that with 164 catches, Lara is the fourth all-time catch-taker of non-wicketkeepers, behind Rahul Dravid, Mark Waugh, and Stephen Fleming.

The greatness of Lara is exemplified by the fact that after Matthew Hayden of Australia had surpassed Lara's Test record for highest individual score - 375 by five runs in 2003 - Lara reclaimed the record, scoring 400 not out in 2004 against England in St Johns, Antigua. When this feat is digested properly, there can be no dispute regarding who has been the greatest batsman the world has seen so far.