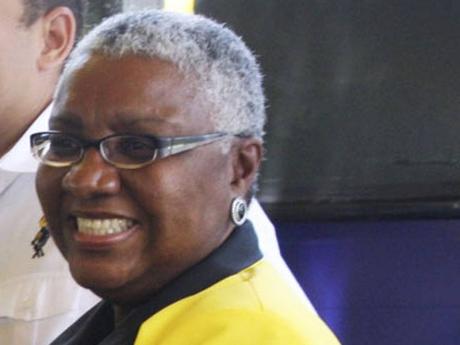 JAMAICA will not be participating in the Caribbean Netball Association Under-16 championships this year, choosing instead to battle their England counterparts in a three-match series, which will be held in Birmingham next month.

"Birmingham is sponsoring most of the players and so we can't turn that down, and, therefore we have decide not to participate in the Caribbean junior tournament for this year," Jamaica Netball Association (JNA) president Marva Bernard told The Gleaner in an interview yesterday.

"These people in the Caribbean took long to tell us the date of the cham-pionships, and when they did we had already made our plans to go to Birmingham," she said.

Jamaica has been dominating the Caribbean junior tournaments overs the years and have won the last three stagings. This year's tournament will be held in Trinidad and Tobago from July 14-21.

"Every year we go to the Caribbean Under-16 Tournament, but this year we accepted the invitation to go to Birmingham, so as to give the girls a chance to see a different style of play," said Bernard.

"We also are going to be playing against England's under-17 team and so this will be good match practice for them, rather than just going to the Caribbean Championships every year," Bernard added. "We will also be looking to see which one of them will make the transition to our national Under-21 programme."

The junior Sunshine Girls' tour of England comes on the heels of the English girls' tour of Jamaica last year, where they participated in a number of activities, including matches against the Under-13 and Under-16 teams, as well as a number of coaching seminars, which was conducted by the JNA.

"It is also going to be an educational trip for our youngsters and so it is not only going to be about netball, but experiencing another culture and making friends," Bernard said.

"This tour forms part of our 50th anniversary celebrations and so Birmingham wants to host us up there. I think this will be a great experience for our young players because they will have the opportunity to visit some of the historic places over there," Bernard noted.