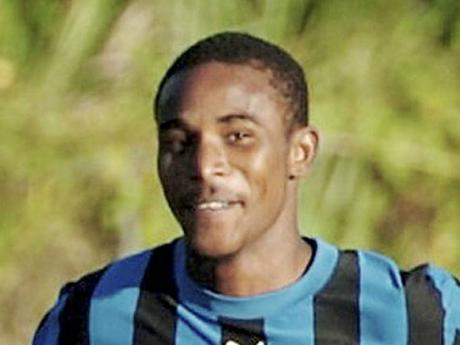 After five games this round, Sporting Central are unbeaten with three wins and two draws. The 11 points mined at this stage is one more than the entire amount they collected in the second round. Their overall tally of 38 points is now the same as MoBay United and good enough for joint seventh spot overall.

Fleur hardly had an impact as he was staved of good service from midfield. In the second half when he noticeably stayed back, Sporting simply created pressure by hogging the wings.

Keith Kelly's entrance in the 63rd minute tilted the attacking balance towards the home side, leaving MoBay United's Brazillian coach Neider dos Santos to probably incorrectly substitute midfielder Richard Orrett, who had himself come on as a substitute for an injured player in the first half.

Despite the defensive error by national left fullback Troy Smith from which Sporting created the opportunity for their goal, the quality was so magnificent that Santos admitted "it was a beautiful strike".

After initially chesting down Ricardo Israel's aerial pass, Powell then got off a left-footer - the connection on the ball allowing it to to swerve right and back, expertly dodging Barrett's grasp before hitting the right upright and diverting into goal at the opposite end.

He later told The Gleaner he knew it was coming.

"I just felt it was going to come. All my shots before were off target and as I saw the ball I said to myself, 'I am gonna hit this one right'. Our manager had spoken to me before the game so I knew I was going to play confident."

The goal was so good that the MoBay goalkeeper, Jacomena Barrett, who had delighted with several acrobatic stops, gave a handclap.

It was Powell's third goal in the league this season, but his second against MoBay.